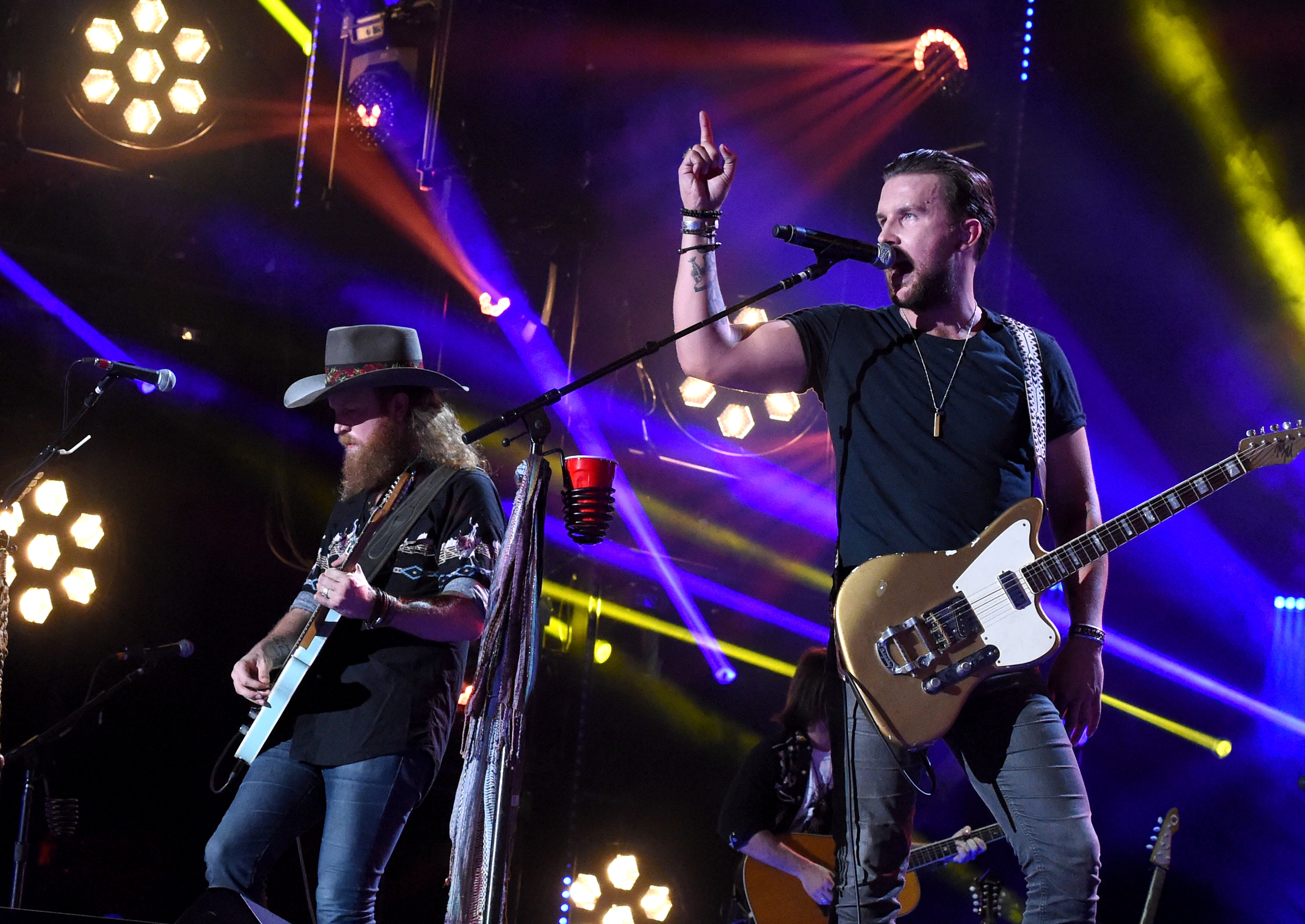 It's been almost 2 years since Brothers Osborne have released new music. In 2016, the duo put their name on the map with Pawn Shop. Now, they're back with Port Saint Joe. They may have learned a thing or two about life and music but it's still the same old Brothers Osborne that fans love.

Today is a milestone day for us. We've waited for over 2 years for this moment. Every show, song, beer, joint, mile, hour of sleep lost, discussion, and argument we've had since the release of Pawn Shop has gone into this record. We tracked it in a beach house in Port Saint Joe without a care in the world about what is cool/correct/incorrect/relevant/irrelevant. We just did what felt right to us and had the time of our lives. We took loads of live takes and made lots of live mistakes but learned to embrace our imperfections in the process. At the end of the day that's what matters. Being true to yourself always. Anyways, put it on and press play and give us 38 minutes of your time and we hope it takes you somewhere beautiful. -TJ and John #PortSaintJoe

The brothers not only discussed what has changed, but what has stayed the same in a Rolling Stone article. In an ever-changing country music industry, there are a few constants. TJ explained, “The thing about country music that has always made it so awesome is that it's always been a bunch of singers who told the truth and stood up for people." John chimed in, “At least speak your mind and say something that you believe in."

The vinyl color for Port Saint Joe is called sea glass. Get it? (📷: @trudier)

The album opens with ocean noises in the background that are carried throughout the album. The songs themselves are not nautically-themed, but the album is dripping with influences from the brothers' hometown in the Chesapeake Bay. The first single off of the album, “Shoot Me Straight," has every element you would expect from a Brothers Osborne song, but provides a fresh perspective. Electric guitar and a kick drum lead the song, while TJ Osborne's vocals flow from being low and smoky during the verses, to exploding during the chorus.

“A Couple Wrongs Makin' It Alright," is by far the most interesting track on the album with its unique creative process. TJ said, “That's two entire takes that are playing at the same time, one on the left and one on the right." Towards the end of the track TJ messes up but his producer kept it in the album. TJ recalls the moment, “Jay said, 'That's a take.' He would not let me fix it. It's one of my favorite moments on the record."

New track available today for y'all. One week to go!! 💥 #PortSaintJoe

“Weed, Whiskey, and Willie," is another fan favorite. The title epitomizes the holy trinity of country music. Critics are calling it a surefire radio hit. The song itself is mellow and perfect for a lazy day: when you're listening to it, you don't mind that you're taking it slow, instead of rushing to get work done.

We did it y'all!!! Incredibly grateful and honored that our friends, peers, and most importantly fans make our dreams come true every damn day. Can't thank y'all enough. @acmawards #acmawards

The album is available now. Click here to stream or purchase the album. Brothers Osborne is currently on tour, so be sure to click here for dates and tickets.