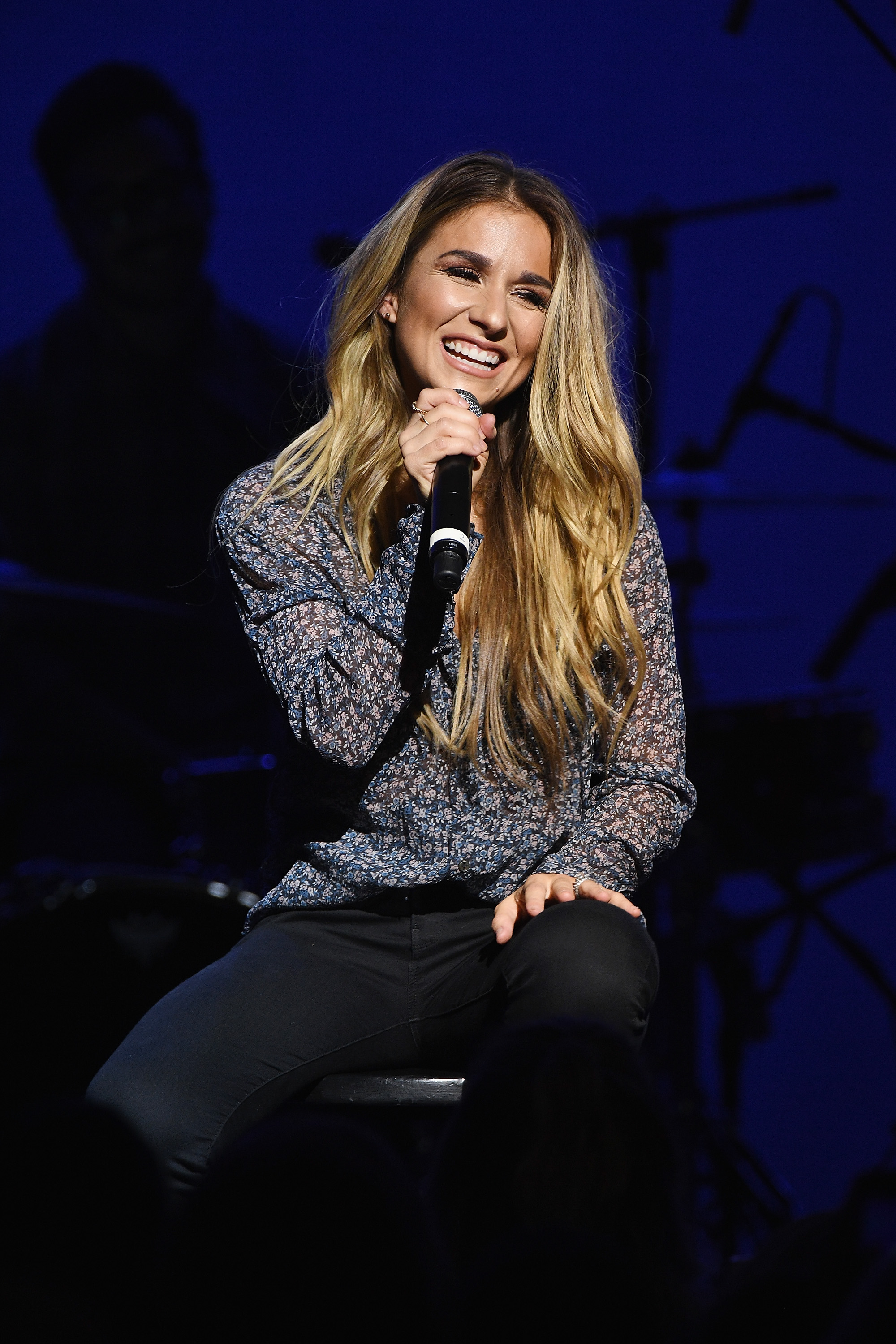 On February 17, Jessie James Decker released her five-song EP Gold. The new EP features songs penned by Maren Morris and Alyssa Bonagura, as well as originals by the singer such as the upbeat tune, “Girl on the Coast." To help promote Gold, the country star premiered a beautiful rendition of “Girl on the Caost" yesterday, March 1.

Decker gives a stripped down performance of the song, seated on a stool barefoot beside her band as light percussion and acoustic guitars helped to transport the listeners to summertime and tropical getaways.

Catch Decker's performance of her new tune in the video here!

Funny enough, the singer was inspired to pen the relaxing tune during a hectic moment in the car with her two little one's screaming in the backseat. “I have two little ones," she says in a behind-the-scenes clip. “I have a two-year-old little girl named Vivianne and a one-year-old son named Eric. They're screaming in the back as little kids do. They're screaming and hootin' and hollerin' and just stressing me out. There's nothing worse than kids screaming in the car in the backseat and there's nothing you can do about it. Eric is driving and I'm like, 'Oh my God! I just want to be on the beach. I want to be on the beach somewhere. Get me out of here!"

Gold debuted in the Top 5 on Billboard's Current Country Albums chart, selling more than 12,000 albums and 17,000 songs, marking the strongest opening week sales of her career to date. Decker's sultry lead single “Lights Down Low,” has garnered more than 6.5 million streams on Spotify and hit #1 on the iTunes Country chart and Top 10 overall within 24 hours of its release.

Make sure to get your copy of Gold, which is available on iTunes.