Take a look back at Lambert’s exciting past year and relive all the wonderful moments that continue to make us love her! 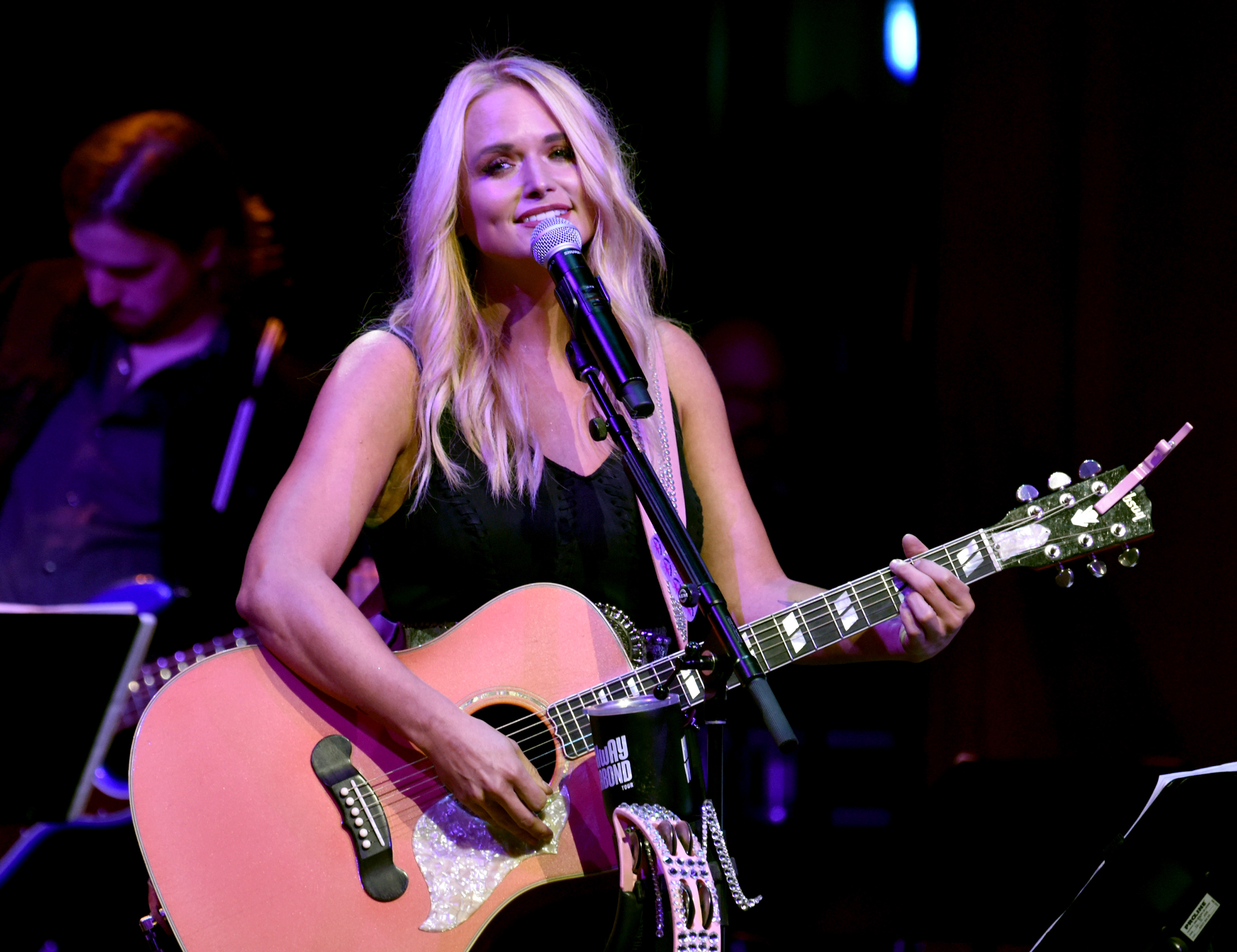 Miranda Lambert has had a stellar year full of enviable accomplishments. From her Livin’ Like Hippies Tour where she promoted her latest album The Weight of These Wings, her work with animals with her MuttNation foundation to her stylish fashion line, there’s truly nothing this talented country star can’t do.

Take a look back at Lambert’s exciting past year and relive all the wonderful moments that continue to make us love her!

Just following the holiday season and the new year, this hardworking woman was back on the road, kicking her eighth headlining tour into gear by mid-January. This was the second of the two tours she embarked on in support of her sixth studio album, The Weight of These Wings. With a healthy dose of fringe, rhinestones and leather, the Lonestar state native wowed in every town.

A longtime champion for animals, particularly dogs in need of loving homes, Lambert leveraged her success in music to build quite the influential organization. One of the foundations slogans speaks for the entire mission, “You can’t buy love but you can rescue it.” Clearly a cause very close to her heart, it seems as though her foundation is never off her mind. Dog owners will also be excited to know that as of this year MuttNation has new pet products for sale, with “every purchase helps fund the mutt Rescue and adoption programs of mutt NATION foundation.” Now that’s shopping dog lovers can feel good about.

Clearly a lover of life on the road, just after wrapping her headlining tour, she announced, much to fans delight, that she’d be teaming up with Little Big Town for a co-headlining fall 2018 tour. Previously having invited the group to join her on the track “Smokin and Drinkin,” the two acts were no strangers to collaborating, and neither were their fans.

Since it seems there’s nothing this woman cannot do, we were hardly surprised when she announced she had partnered with Boot Barn to bring the world a collection in her spirit, titled Idyllwind. The clothing and boots all have her signature style written all over them, and girls with country flair will be coveting every piece.

Beyond her extremely successful solo career, Lambert is a member of girl group Pistol Annies with longtime friends and songwriting partners Ashley Monroe and Angaleena Presley. Fans were overjoyed when the artist hinted that they could be writing new material, and within the year we had our third studio album from the Pistol Annies. Never ones to shy from real life or hard subjects, the 14 track Interstate Gospel is full of light, life, hurt and happiness, everything we’ve come to expect from these three women wise beyond their years.

In what we can only imagine to be an extremely exciting moment in Lambert’s life, she was asked by country icon Dolly Parton to join her on her reimagined version of a 1960’s song of hers, “Dumb Blonde.” In honor of the recently released Netflix original film Dumplin’, about a woman inspired by Dolly Parton. And what better sassy blonde to revamp the track than Miranda?