Take a fresh look at Jason Aldean's accomplishments this past year! 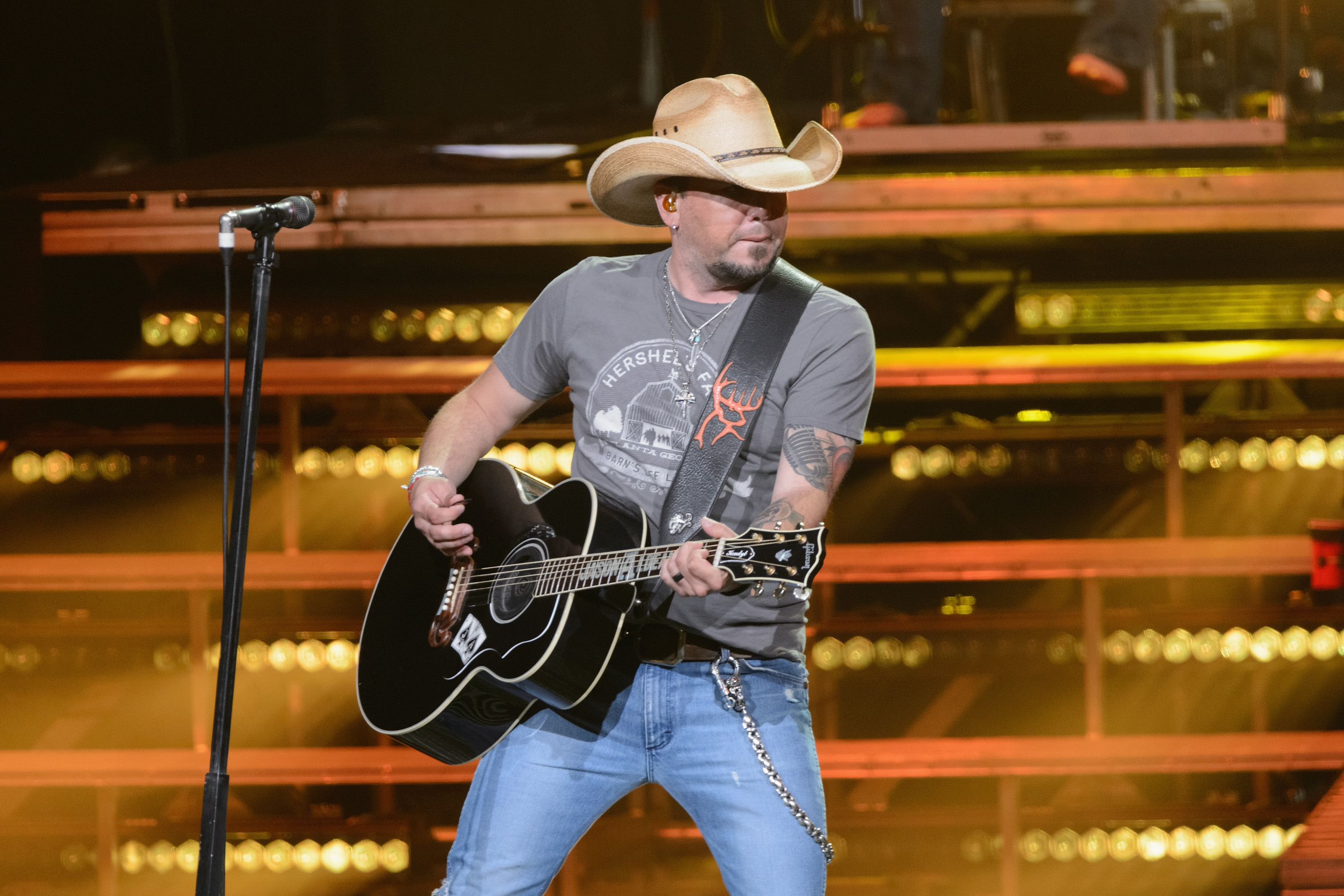 Jason Aldean is no stranger to whirlwind years. Since the release of his self-titled debut album in 2005, the Georgia native and singer-songwriter has dominated the country music industry. And while this year began shortly after the birth of his first son and third child, there was still so much to celebrate in his career, not just family life. And that’s not to mention the incredible news the couple shared this summer that Brittany was pregnant again, and that Aldean would be the father to a third girl, bringing his brood to a total of 4. With all that love enveloping the artist, it’s no surprise it gushed over into his work and made this year one of his best yet.

“You Make It Easy”

A song written from the artists’ heart by two of the couples closest friends as well as the members of Florida Georgia Line, the gentlemen were not secretive about the song being an homage to their beloved wives. That was exactly what Aldean had on his mind as he first heard it, and shared it with his wife Brittany. The heartwarming backstory behind the hit song makes it even sweeter, and a lot of us weren’t sure that was possible. A release like this one at the turn of the new year was a great way to kick off one of the artists best years to date.

The release of Review Town marked the Georgia natives eighth studio album, and the fourth consecutive to debut at No. 1 on Billboard’s Top 200 charts.  One of only a few artists to achieve such a distinction, Aldean was sure to let his fans know how touched and humbled he was by their support.

Sometimes it seems as though all of country music’s living legends have a restaurant on Broadway in Nashville. From Redneck Riveria owned by John Rich of Big & Rich to Alan Jackson’s AJ’s to the newer FGL House owned by Florida Georgia Line and Blake Sheltlon’s Ole Red, it was only a matter of time before we saw something pop up from Jason Aldean. And that we did.

This kick off of the High Noon Neon tour marked the ninth headlining tour of the artists’ career. With his wife and newborn son in tow, the singer crisscrossed the nation making over 30 stops. Joined by rising stars Luke Combs and Lauren Alaina, the group brought the party to town every night with no loss of enthusiasm.

Any Jason Aldean fan surely knows about his love for his home state of Georgia and the sports teams that also hail from the land of peaches. A lifelong Atlanta Braves fan, the platinum selling artist dreamed of playing in the stadium that hosted so many games he grew up watching. Earlier this year, that dream became a reality, and he was sure not to take a moment for granted. Getting to spend the afternoon there with his family was a “really special day” for Aldean.