The record will potentially come out next and be recorded at the Ryman. 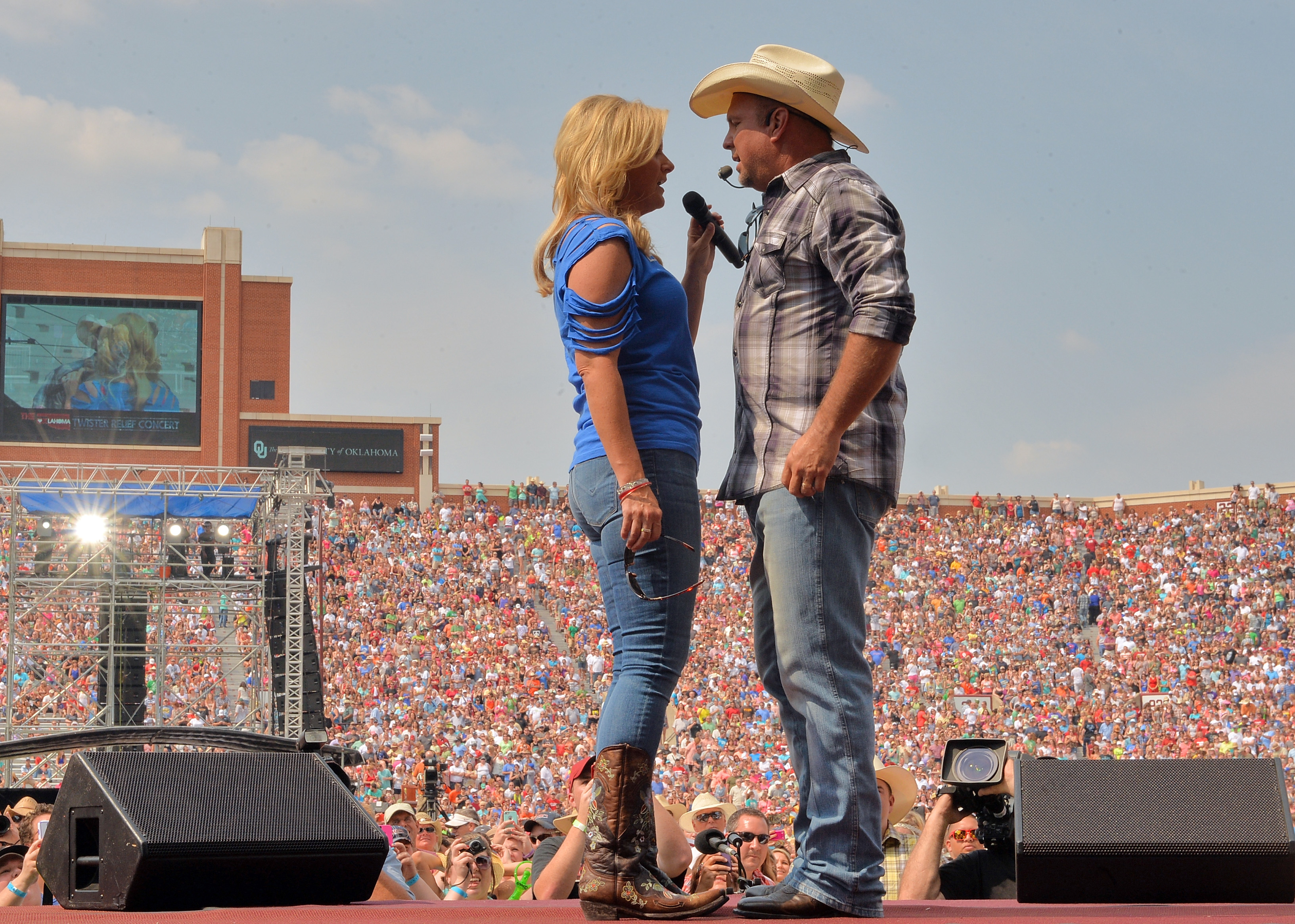 Garth Brooks and Trisha Yearwood always have something cooking. Whether it’s Yearwood literally on her own cooking show, Trisha’s Southern Kitchen, or the two of them teaming up to honor Dolly Parton at the upcoming MusiCares Person of the Year celebration, we always look forward to their projects.

In a new interview with Variety, Brooks revealed some exciting new. Sounds like a live duets record with the couple is in store for fans next year!

Brooks told Variety, “These two girls wrote in to Trisha [Yearwood] and I and said, ‘Hey, look, I know you guys are gonna do a duet record. Would you ever think about doing a duet concert where the whole night is duets?’ And I’m looking at her going, ‘No, wait a minute, let’s combine the two ideas. What if we cut a live duet record in front of a live audience? And that’s how we do our duet record?’ And then all of a sudden you have a live greatest hits duet record and people get to watch how a record is made, so you kind of bring the studio to the stage. Section it off like you do in a regular studio, cut things live right there in front of people. I think it’s an awesome idea and I think it’s something we’re probably gonna do. And we’re talking about doing it with the Ryman down here in Nashville.”

When asked if when timing of the new album is, Brooks went on to say, “…probably within the next year or so I think. The stadium tour kicks off next year in March. Miss Yearwood has her own tour going on, so we’ll find a window in there. We’re not touring as hard as we did the last three years. The last three years it was like 395 shows on the tour. This one is gonna be really spread out, just individual nights, like 10 a year. And it’s gonna be a lot of fun.”

Live shows and new music in 2019 sounds like a ton of fun to us! Keep the good news coming, guys.