The country star has truly done it all this year, so we’re giving him a shoutout and outlining some of his biggest accomplishments! 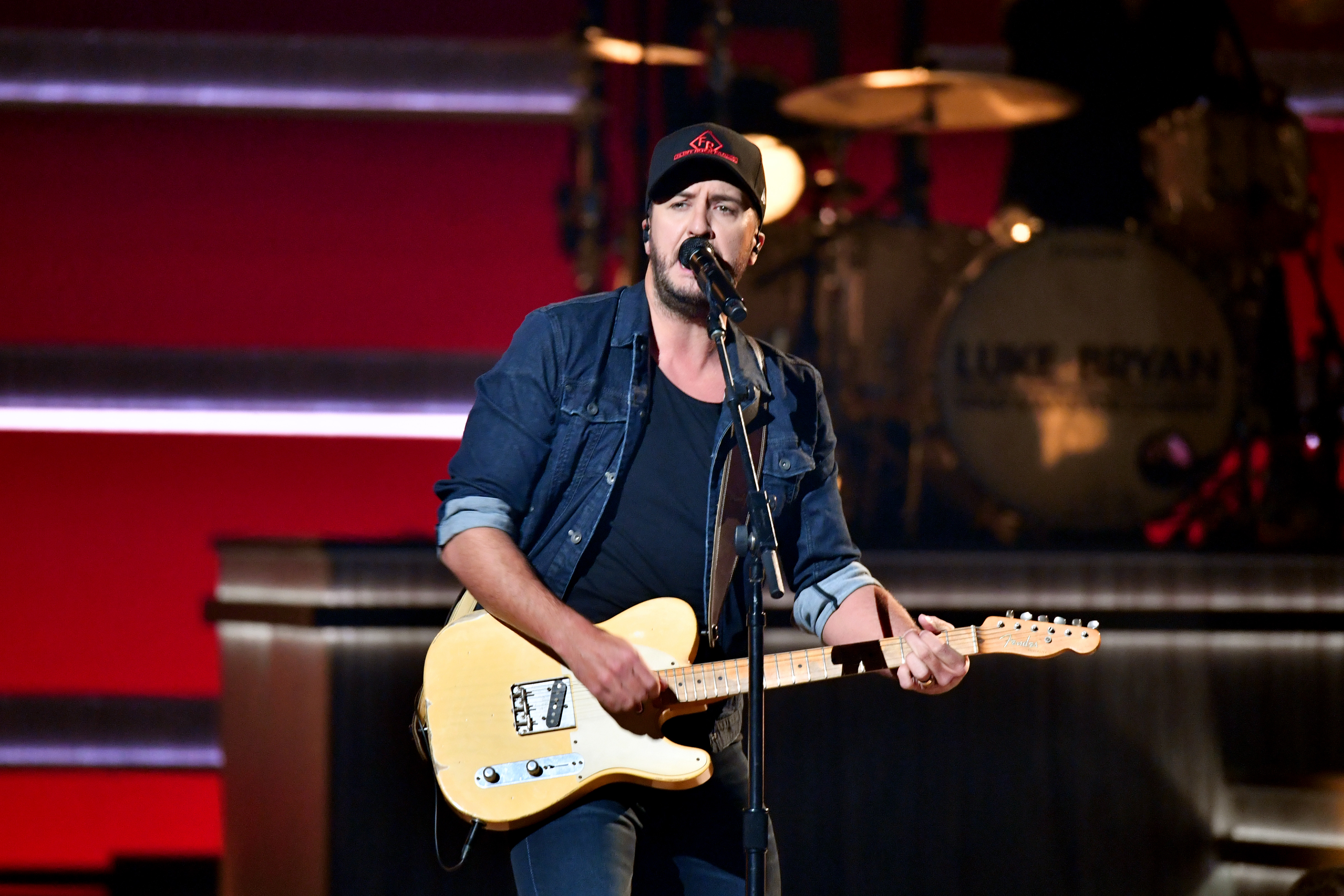 As 2018 is coming to a close, we wanted to highlight some of the year’s top artists! Between judging up-and-coming talent on American Idol, opening up a new restaurant and entertainment venue, headlining a cross country tour and performing at the CMA Awards, we have to talk about Luke Bryan. The star has truly done it all this year, so we’re giving him a shoutout and outlining some of his biggest accomplishments.

Bryan’s been putting on Crash My Playa since 2015, and there are no signs of stopping. This year’s four-day festival and pool party took place in Riviera Maya, Mexico January 17 – January 20 with a stacked lineup. Maren Morris, Ryan Hurd, Maggie Rose, Dustin Lynch, The Cadillac Three, DJ Rock, Adam Craig, Kendall Marvel, Sam Hunt and Blake Shelton all showed up. Gwen Stefani even made a special appearance for a surprise performance of “Hollaback Girl.”

What Makes You Country Tour

Bryan kicked off the year on a high note with his What Makes You Country Tour across 54 dates. The tour kicked off February 16 in Springfield, Missouri and was on the road until October 26 when he closed the tour in Detroit, Michigan. Eleven of the shows were booked as “XL Stadium Sized” tour dates, playing baseball and football stadiums. Bryan’s stop at Denver’s Sports Authority Field at Mild High was his top attended show with 51,756 tickets sold. Because of his sold-out shows, we can easily say Bryan’s was one of the year’s top tours across all genres.

While on tour, Bryan stopped in Los Angeles to headline at the iconic Dodger Stadium! Bryan was the first country artist to ever headline this famous venue and he brought a star studded lineup along with him. Sam Hunt, Jon Pardi and Morgan Wallen all joined Bryan for this incredible, history-making show. After the show, Bryan posted this adorable photo hugging his sons on stage in front of thousands of cheering fans.

Due to his success, Bryan was also nominated for the Artist of The Year at the CMA Awards. Though the award ultimately went to Keith Urban, Bryan was definitely still a fan favorite. Bryan kicked off the show with his single “What Makes You Country” and had the crowd clapping and singing along. He even brought out Luke Combs, Lindsay Ell, Jon Pardi, Chris Janson, Cole Swindell and Ashley McBryde for the set. The performance set the tone for an incredible night.

In addition to his own performances, Bryan was also a judge on the classic competition show American Idol. No wonder some great new country artists have been coming out of the show with a mentor as inspiring as Bryan! The singer has also confirmed that he will be returning to Idol again for its seventeenth season in order to help new artists make their dreams come true alongside Katy Perry and Lionel Richie.

Check out Bryan’s performance of “Sunrise, Sunburn, Sunset” and “Most People Are Good” with Gabby Barrett on the show below.

As if Bryan was not already busy enough, he also found time to open up a new Nashville restaurant and entertainment venue. The artist and businessman opened the venue in a six story building on Broadway (also known as the best destination for country music fans visiting Nashville). The building has a rooftop sushi restaurant, eight bars, two restaurants, and four stages. When talking about the bar, Bryan stated “When I first moved to Nashville I played several of the bars on the iconic Broadway Street…I never would have dreamt that I would one day be a part of a place that could offer the same dream to others. Because of Music City and the fans all across the country, the reality of this amazing venue has become possible.” The venue’s name was inspired by a place in Bryan’s hometown in Georgia and has quickly become one of Nashville’s hottest spots.

With years of success, it’s essential for artists to remember their roots and give back. Bryan is one of the artists who never fails to do this and even celebrated his 10th Farm Tour this year! Farm Tour is a benefit concert the artist started to help raise money to benefit kids who need scholarships in the town he grew up in. The concert series takes place at the beginning of October each year and in addition to providing scholarship funds, the tour’s sponsor Bayer has also helped donate nearly 2 million meals and $140,000 to food banks and local farmers in the tour cities. This event is truly something special and we hope to see another 10 years of Farm Tour to come!

In addition to all the live performances Bryan had this year, he also released some pretty great music videos. In June, Bryan released “Most People Are Good,” which features everyday heroes including moms, firefighters, veterans and young people from around the world. The video had us all feeling hopeful and truly sent an inspiring message. The video was directed by Wes Edwards. Check it out below!

Bryan followed up quickly with another video off his 2017 What Makes You Country Album; “Sunrise, Sunburn, Sunset.” The video captures the essences of carefree summer days at the lake. This video was filmed on Dale Hollow Lake at the Sunset Marina & Resort  near Nashville and directed by Michael Monaco.

Most recently, Bryan released the video for “What Makes You Country” (also directed by Michael Monaco) on December 13. In this video, fans get to see Bryan with his family around the campfire, playing football on the farm in Nashville, and chasing their adorable dog around! We love seeing what makes this man country and want to see more of his family in videos to come!

We have loved watching Luke Bryan’s accomplishments over the past year and can’t wait to see what he has in store for us in 2019!