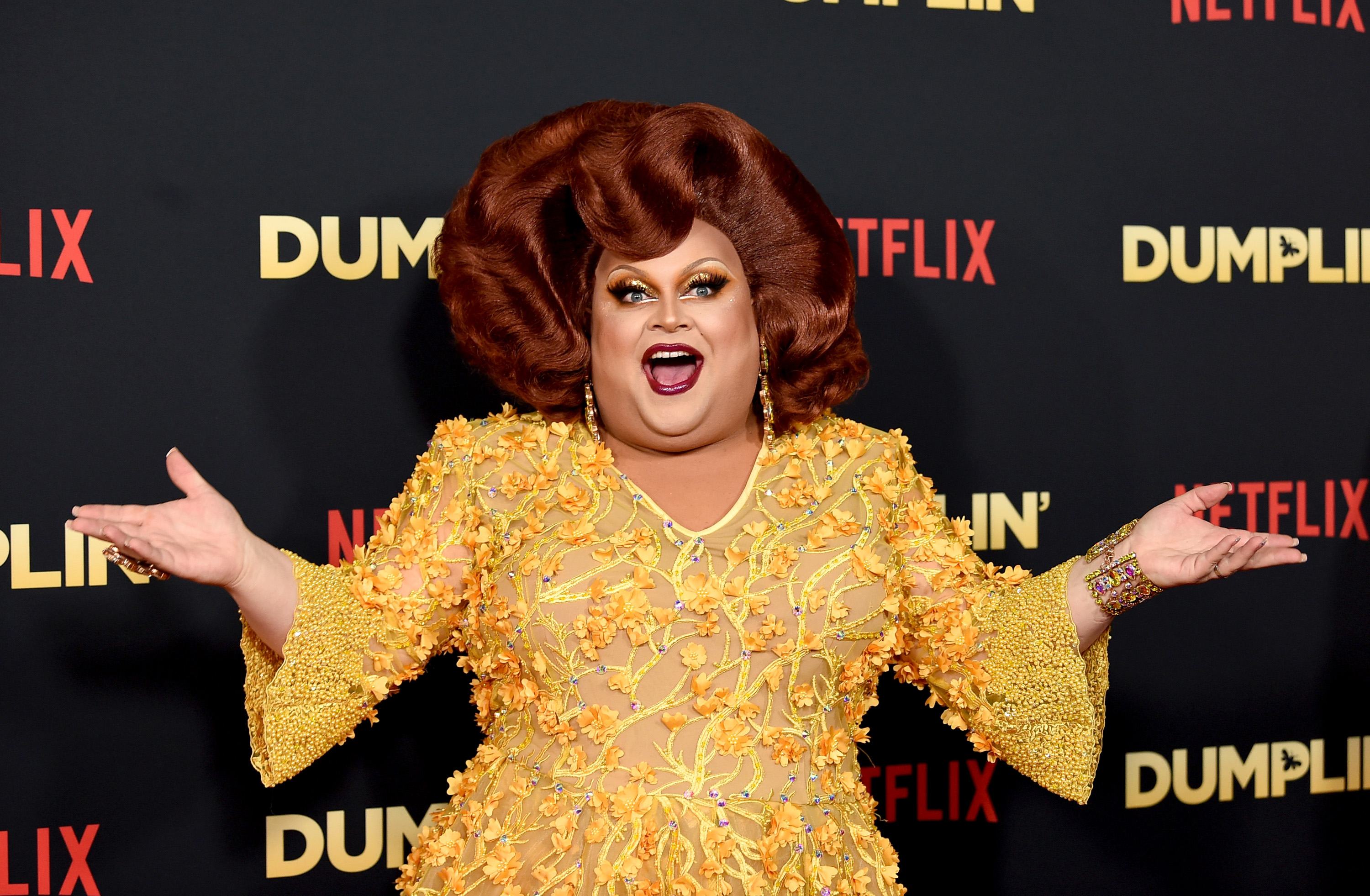 Okay Dolly fans – you’ve all seen Dumplin’ by now, right? Without giving too much away, if you haven’t seen the new Netflix film Dumplin’ yet, with Dolly Parton and Linda Perry behind the soundtrack’s production, we highly suggest it.

During the film, main character Willowdean visits one of her Aunt Lucy’s favorite places to hang. It turns out to be a bar with drag performers, and let’s just say one of your favorite reigning country queens is honored in a big way.

In the fun spirit of the film, Netflix has just released a promotional video for Dumplin’ with stars from RuPaul’s Drag Race covering Parton’s “Jolene.” Y’all, this is a must-watch.

Dumplin’ co-star Ginger Minj is also featured in the promotional video and starts it all off. “Come to the Smoky Mountains, they said. It’ll be fun they said. Where’s all the bears? I should’ve stayed home and watch Netflix.” says Ginger Minj while holding a map and trying to figure out where she’s going. She then sees a statue of Dolly Parton East Tennessee and exclaims to the statue, “I know what you’re gonna say, girl: Find out who you are and do it on purpose.”

Just in case you missed it, Parton just earned her sixth Golden Globe nomination for for Best Original Song – Motion Picture for the 2019 Golden Globe Awards. She wrote “Girl in the Movies” with Perry for the Dumplin’ soundtrack.