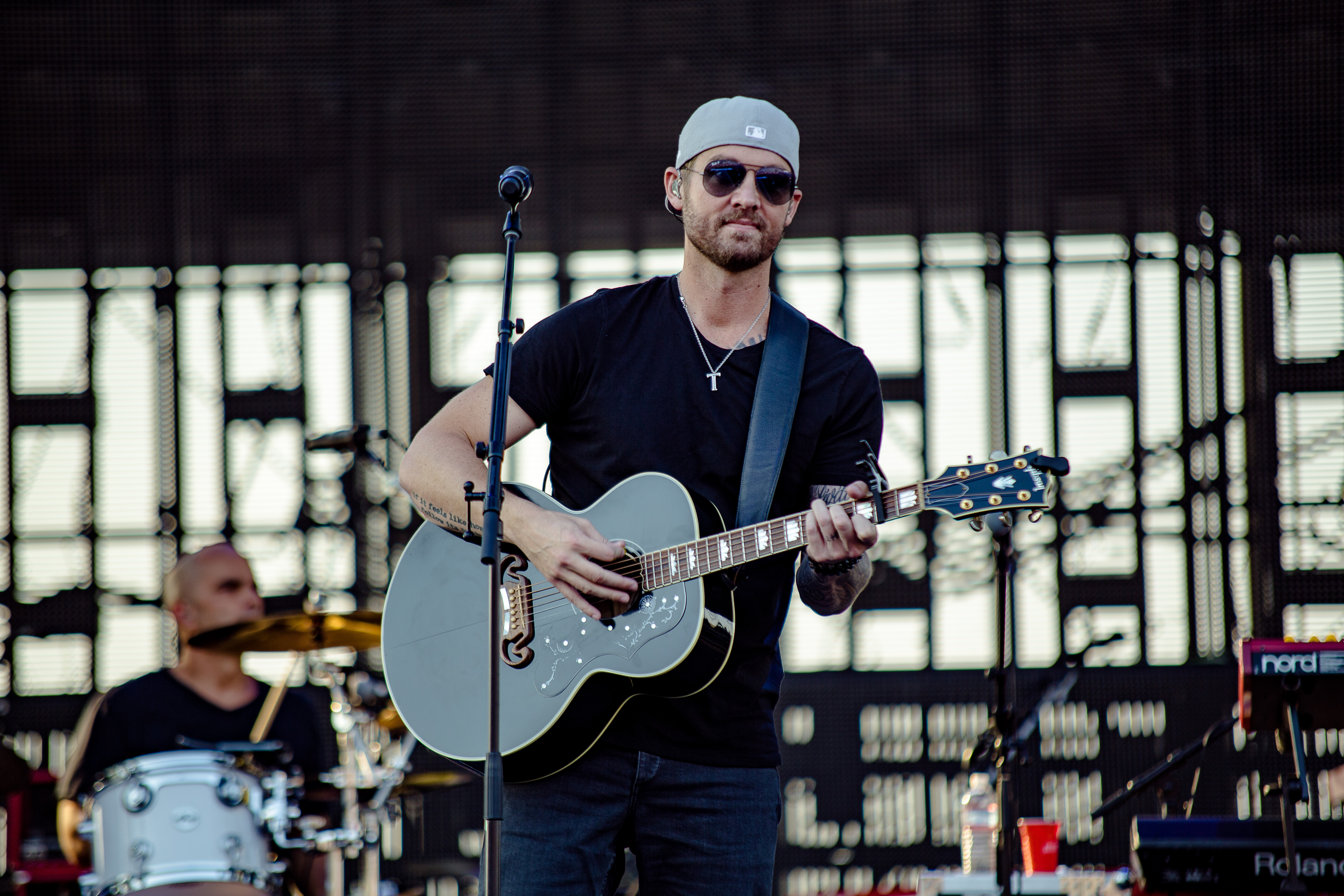 Today host Hoda Kotbe joined Young for a mini interview prior to playing his first single off the album, “Here Tonight.”

Young responded, “Yeah it’s been the craziest collection of pinch myself moments over the last couple years, especially recently. So I’m so blessed and so happy.” He then launched into the emotional song, after which Kotbe brought Young’s wife Taylor came on stage and he gave her a sweet kiss.

“You know when it started we just wanted to write a song about something different,” Young went on to say, “a guy meeting a girl in an airport instead of the bar, or a coffee shop, or what we all heard. Then I realized when we were naming the album, we were going through the normal process and we realized that that’s something I do all the time now – being from Southern California and living in Nashville – is i’m holding a ticket to L.A. all the time. It just kind of felt like more of a nod to where I came up and where I found country music before I moved to Nashville.

Earlier this year Brett Young won the Academy of Country Music’s award for New Male Vocalist of the Year. You can currently catch him on the road on his headlining Here Tonight Tour and next year on Kelsea Ballerini’s headlining The Miss Me More Tour.