We’ve compiled a list of this year’s new releases, as well as some of our go-to holiday compilations from years past! 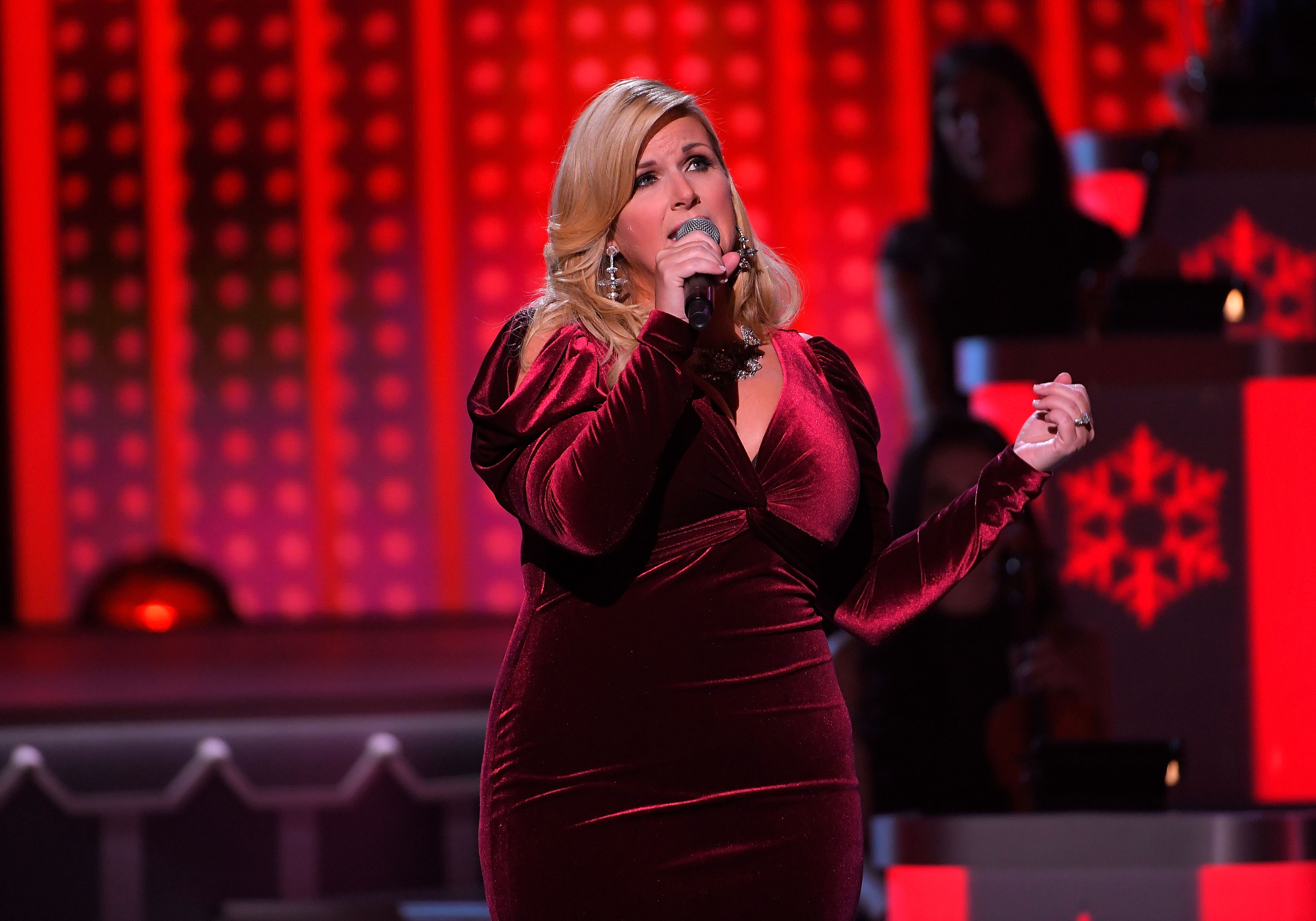 Christmas time and country music go hand-in-hand. Now that Thanksgiving has passed, we are digging in on all our favorite holiday classics! We’ve compiled a list of this year’s new releases, as well as some of our go-to holiday compilations from years past. Put them on your shopping list, as these albums are the perfect soundtrack for your parties, opening presents and getting into the holiday spirit!

This past summer, Brett Eldredge took to social media to announce the sequel to his iconic holiday album, Glow, released in 2016. Comprised of holiday favorites including “Baby, It’s Cold Outside,” “I’ll Be Home For Christmas,” “Winter Wonderland” and “Silent Night” the deluxe version adds additional exciting tracks like “Christmas Time Is Here” and “Sleigh Ride.”

When discussing the album, Eldredge stated, “I went back with the same guys that we made the original Glow record with, and we started recording in New York again.” The teaser, Glow Live, was released October 5 and the artist has explained that both Glow Live and Glow Deluxe to have a big band feel inspired by his time in New York!

Next on our list of hot holiday albums is It’s the Holiday Season by Martina McBride. The acclaimed singer has released holiday compilations before, and with tracks like “Santa Claus is Coming to Town” and “Winter Wonderland,” we’re so glad she’s done it again. McBride isn’t keeping her holiday tunes strictly to the album, as she’s also touring the music on her Joy of Christmas tour.

When talking about It’s the Holiday Season, McBride stated, “It’s been exactly 20 years since I released White Christmas…with that album I wanted to make it classic and something that would stand the test of time, which I feel like it has done…I wanted to accomplish the same thing with It’s the Holiday Season, but with a different feel. So I decided to make most of the album with a big-band swing vibe that takes you back to Sinatra.” With McBride’s classic flare, we this album is already a holiday hit!

In addition to fun holiday songs like “Let it Snow,” we also love spiritual gospel music that often comes out during the holiday season. This year Josh Turner released his faith-based album I Serve A Savior.

Check out Turner singing “I Saw The Light” below!

Last on our list of 2018 holiday albums is Hey! Merry Christmas!  by The Mavericks. This trio released an album filled with classic Christmas tunes as well as eight original songs. The GRAMMY-nominated group is known for its genre-bending abilities, often composing with country roots and a Latin flare.

As excited as we are for these new albums, there are a few country Christmas classics we know we will be playing on repeat all season long. Check out this list of our favorite Christmas albums from years past.

On the top of our list of go-to holiday albums is Icon Edition: A Very Special Christmas! This album features all of our favorite stars including Carrie Underwood singing “Hark! The Herald, Angels Sing” and Kellie Picker singing “Santa Baby.” Though not all of the songs on the album are recorded by country singers, the two by these powerhouse artists make the entire album one worthy to ask Santa about.

Next on our list is Brad Paisley Christmas. If you’re like us and start counting down the days until Christmas months in advance, we know you’ll love the track “364 Days To Go.” Also a fun bonus track is “Born On Christmas Day,” written by Paisley when he was just thirteen years old. The recording below features him singing it in 1985 as well as his 2006 take. Paisley’s songs put us all in the holiday spirit and make us want to stay inside, under cozy blankets and in our pajamas forever!

Another Christmas classic is The Christmas Spirit by Johnny Cash, released in 1963. Basically anything by Johnny Cash will be deemed a classic country song, but his Christmas album is truly one for the books. With four original tracks by Cash and eight covers, it’s made its mark in holiday music history.  Listening to this will make you want to curl up by the fire with those you love and never leave! How could you ever get tired of the cold weather if it means bundling up and listening to Cash on repeat?

Last but not least on our holiday song album list is The Sweetest Gift by Trisha Yearwood, her first holiday album. One of the best parts of the holiday season is snow and Yearwood’s rendition of “Let it Snow! Let it Snow! Let it Snow!” makes us gets us excited for winter festivities. Yearwood’s album is the perfect soundtrack for the best time of the year, especially if you’re looking for classic covers that stay true to their original versions.