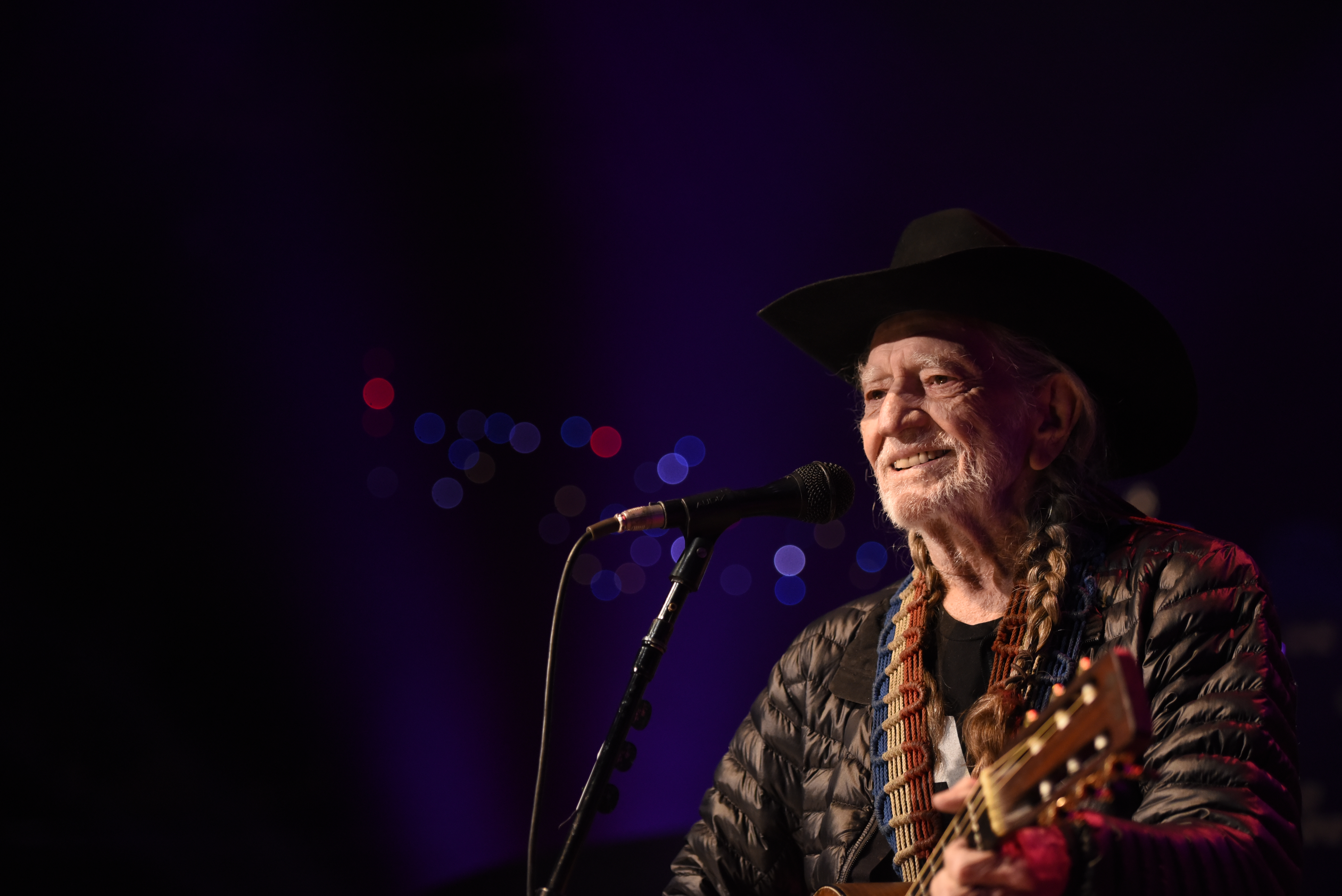 Countless legendary artists have graced the stage at KLRU-TV’s Austin City Limits studio for tapings since the live music television program launched more than four decades ago, but whenever it’s Willie Nelson – the show’s inaugural performer for the October 17, 1974 pilot episode – the energy in the room feels something akin to a royal reception.

When the 85-year-old outlaw country figurehead returned Monday night, November 19, for his first taping in nearly 15 years alongside the Family band (which since 1973 has featured sister Bobbie Nelson on piano, Mickey Raphael on harmonica and Paul English on drums), that reverential tone was exponentially amplified to a level of ultra-historic importance.

Certainly, there was potential for a star-studded parade of guests. Perhaps cameos from his sons Lukas and Micah? Or any of the myriad legendary-in-their-own-right collaborators he’s played with over the years? But no one else showed, and though that would logically mean the spotlight was reserved for Nelson, the selections he included among his 23-song setlist – picked totally off-the-cuff with no pre-printed paper in sight – functioned more so to showcase the century’s worth of songwriters and recording artists that paved the way and helped him along the path to the present moment.

Within that context, it was telling that his voice sounded strongest and riffs resonated sharpest when dusting off tunes written by others that have become his standards (among those: Bart Howard’s ’54 crooner “Fly Me to the Moon,” Django Reinhardt’s ’40 gypsy jazz standard “Nuages” and Billy Joe Shaver’s ’73 essential “I Been to Georgia on a Fast Train”), though shout-outs to past co-songwriters (“Good Hearted Woman,” “for Waylon!” and “It’s All Going to Pot,” “for Merle!”) were equally affecting.

Regardless of origin, Nelson has veritably laid claim to every song in his repertoire over the years by consistently inserting his own inimitable low-end drawl and unmistakable, slightly off-kilter riffs (generated by his trusty acoustic, Trigger). His enigmatic hold on them was further evidenced this evening by his ability to elicit unerringly faithful crowd-chorus callbacks on cuts like Lefty Frizzell’s “If You’ve Got the Money I’ve Got the Time” and Ed Bruce’s “Mamas Don’t Let Your Babies Grow Up to be Cowboys.”

Make no mistake: the energy was just as palpable for all-Willie-penned mainstays like “Night Life” (which saw him undertaking such an intense, bluesy shred that he had to shake out his left hand afterward), already timeless outlaw anthem “Roll Me Up and Smoke Me When I Die” and “On the Road Again” (the most raucous sing-along of the set).

During now-standard show closer “I’ll Fly Away” (Albert E. Brumley’s ’32 hymn re-recorded with Merle Haggard in 2004), Nelson removed his signature rolled-up, red bandana (which he’d earlier swapped for his black cowboy hat to hearty cheers) and tossed it to a front-row audience member. Then, in an unprecedented move just before finishing the song, he threw out a handful of all the replacement bandanas stashed atop his amp. Calling for one more “big finish,” he offered a final thank-you and wave of his hat before walking off stage, pausing on his path toward the backstage door to warmly embrace ACL executive producer Terry Lickona, then shake the hand of each crew member along the way – a most humble king till the end.