Burke is soaring onto the scene with singles like “Whole Lot in Love” and “Slower,” check out our exclusive interview below! 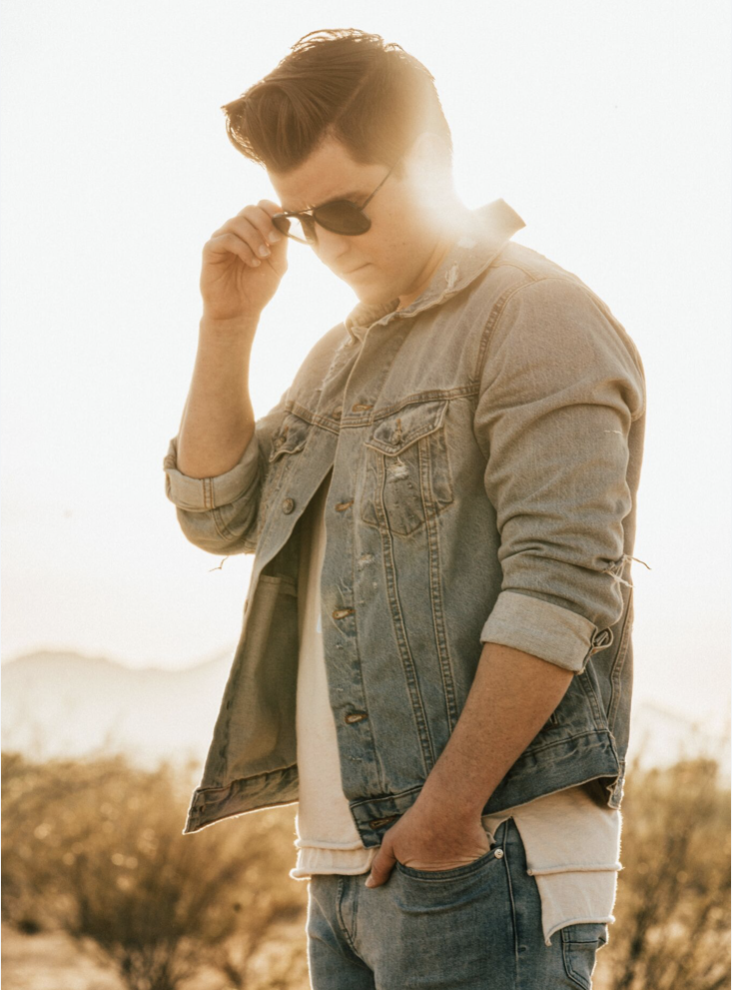 This week’s New Artist Spotlight features rising star, Austin Burke, who is soaring onto the scene with singles like “Whole Lot in Love” and “Slower.” The singer-songwriter has headlining dates in Georgia, Arizona, Colorado, and New Mexico coming up, and has even opened for artists like Cole Swindell and Vince Gill. Read our exclusive interview with Burke below to get to know him better.

Your single, “Whole Lot in Love,” is currently on country radio and has racked up 44 million streams (and counting) on Spotify! What’s the backstory behind the song?

This is the song I had tried so many times before to write about my girlfriend Lexy – but never could manage to finish it. We met when we were 19, and she’s been with me through so many ups and downs in my life. She looked at me one day and said, “Hey, are you ever gonna write a song about me?” The truth, is I had tried multiple times, but I never felt like anything was good enough. The lyrics and emotions of this song are me finally telling her I love her in a song. Thank goodness she liked it!

Tell us about your new song “Slower,” what do you hope fans take away from this release?

I hope that fans can relate to this one. I wrote “Slower” shortly after I quit my server job, where I had been working for four years, and decided to pursue music full-time. I was scared and overwhelmed all at the same time, and I wanted to write about Lexy’s ability to remind me to slow down amidst the chaos. Everyone needs that one person who is there for them after a tough day or when life gets crazy. Lexy is that person for me.

You once told Rosie O’Donnell that your dream was to become a “Singing baseball player.” What encouraged you to pursue music full-time instead?

I wanted to be a “singing baseball player” because that’s what Garth Brooks was to me. I met him when he was playing for the Padres and sang the national anthem before the game. As I got older, my love for playing baseball diminished. I got injured in college and was forced to sit out for six weeks, and during that time, I picked guitar back up and recorded some songs. I had so much fun doing it that I picked up all my things, dropped out of college and moved to Nashville with $650. Looking back, it might not have been the smartest idea, but I can say that it was the single best decision I’ve ever made in my life. I get to do what I love every single day, and I’m so blessed to say that.

You have opened for artists such as Vince Gill and Cole Swindell and had a chance encounter with country icon Garth Brooks. How have these artists influenced you musically and/or on stage?

Every time I go to a show, large or small, I take notes about the positive aspects of the stage presence of each artist. I love learning from other artists and finding new things I can add to my own shows to make them better.

Every artist I’ve opened for has been so welcoming, and I think that’s the culture that country music has developed over the years. It’s all passed down from the greats, and one day, I hope to pass down the things I’ve learned to the next generation of artists. Country music is a family. The biggest lesson I’ve learned is that we’re in the “fun” business. If we can make someone have a good time for a couple hours, we’ve done our job, and that is pretty darn cool.