With the 52nd annual Country Music Awards right around the corner, we wanted to take a look back at some of the events most memorable moments! 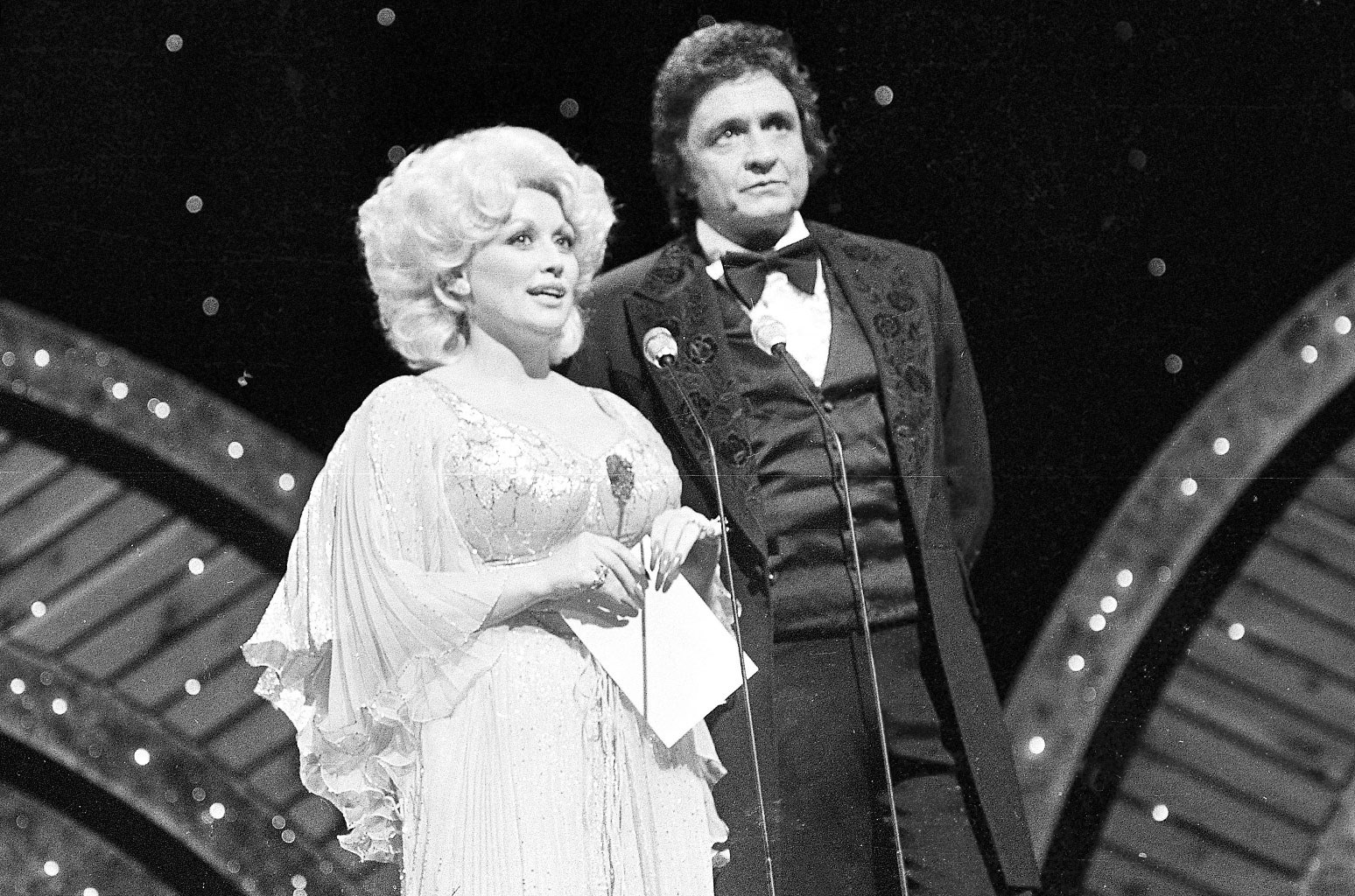 It’s that time of year again! The time when country stars and fans come together to celebrate the best of the best. With the 52nd annual Country Music Awards right around the corner, we wanted to take a look back at some of the events most memorable moments. From Dolly Parton accepting her Entertainer Of The Year award from the iconic Johnny Cash to Shania Twain’s performance of  “Any Man Of Mine,” the CMA Awards have always packed quite the musical punch!

The name Loretta Lynn immediately has star power in the country music world, and the CMA’s truly helped make this possible. The young country singer from Kentucky began making music in the 1950’s-1960’s but it took a long time before the genre would fully recognize her success. In 1972, Lynn became the first female artist to win the title of Entertainer Of The Year with her 18th studio album Here I Am Again. Watch the ecstatic young star accept this monumental award in the video below!

Another one of country music’s biggest names is of course Johnny Cash. We loved seeing the icon at countless CMA Awards, but one of the most impactful performances came after he passed away. In 2003, many of the biggest names in country music came together to honor the music Cash had left behind and to help honor and celebrate his life. The tribute performance brought us all to tears!

Watch the full tribute below:

Speaking of Johnny Cash, we loved watching Dolly Parton accept her award for Entertainer Of The Year from Johnny Cash in 1978. In classic Dolly style, she had a bit of a wardrobe malfunction but managed to laugh it off and thank her fans with charm and grace. “My Daddy said that’s what I get for putting 50 pounds of mud in a five-pound bag,” Dolly Parton quipped while accepting the Entertainer of the Year award at the 1978 CMAs. Neither Cash or Ronnie Milsap seemed to quite know what to say to that! Thankfully, Parton was able to borrow a jacket to hold in front of her torn dress.

Like the direction of pop country or not, we all have to tip a hat and pay some respect to Taylor Swift for becoming the youngest artist to ever win Entertainer of The Year with her song “Fifteen.” This adorable up-and-coming star truly made a name for herself and quickly rose to be one of the biggest names in both country and pop music. Young Swift was so sweet and graceful while accepting the award, making us love her even more than we already did!

We all know John Denver and love how he took the country world by storm by incorporating elements of folk music into his songs. In 1975, Denver took the prize for Entertainer Of The Year, but he wasn’t even there to see it. The young artist was in Australia at the time and had to watch this firey welcome from afar! Charlie Rich was the announcer at the time, and took it upon himself to literally burn the card that said John Denver had won the award. We still aren’t sure why such controversial measures were taken, some same Rich was upset about the way country music was moving, but lucky for us, the world still recognized Denver for the incredible artist he was!

Many of the videos have been taken offline, but you can read more about the controversy HERE!

In the height of the #MeToo era, it was heartwarming to see the country music community hopping on board to support all the amazing women in the industry. Keith Urban’s stripped down performance of his single “Female” was simple yet extremely powerful. His lyrics stand strong on their own, making it easy for him to just take the stage with just a guitar in hand.

Watch the full performance below!

7) Shania Twain’s performance of “Any Man Of Mine”

Back in 1995, Canadian country singer Shania Twain pushed boundaries with her unique brand of pop country. To help showcase her fresh style, the singer performed during the CMA Awards wearing a sequined black jumpsuit and sitting on the laps of country music legends in the audience! She rocked her performance of “Any Man Of Mine” and then took home the Entertainer Of The Year Award, making her the first woman to claim this title in 13 years!

Watch her fun yet ground-breaking performance below:

Although we love Shania Twain’s sexy performance, she wasn’t the first woman to push the fashion envelop on the CMA stage. Back in 1993, Reba took the stage and although fans were blown away by her vocal performance, they were even more blown away by the plunging neckline on her sequined red dress! When talking about the dress, the singer has stated, “Daddy looked at me and said, ‘Reba, did you have your dress on backward?’” Though McEntire did not take home an award that year, fans will always remember the 1993 awards as the year of Reba McEntire red dress!

Speaking of scandals, in 2014, Brad Paisley accidentally made a joke that revealed the gender of Carrie Underwood’s baby to the world! Before taking the stage, Underwood had told Paisley the gender, and then in front of millions of viewers Paisley joked, “You could name him Garth!,” letting the world know that yes, the singer was expecting a baby boy. Though it wasn’t exactly the reveal Underwood was hoping for, she laughed it off and handled it with grace.

During the show, Carrie Underwood wore a total of 11 different outfits and looked absolutely stunning in all of them. The star even embodied a bit of Dolly Parton’s style in a sequined gold sparkle outfit and matching cape. Check out some of our favorite outfits below.

The CMA’s can be a time to reflect on important members of the country family and pay tribute to some of the genre’s most iconic members. In 1999, Alan Jackson did just that, by changing his set list to include George Jones’ beloved song “Choices.” The performance had audience members on their feet in ovation afterwards and we can’t stop watching the performance on repeat.

Though Bryan did not write the lyrics, he has stated that he has a special connection to his song “Drink A Beer.” For Bryan, the song is a tribute to his brother and sister who both passed away. During his CMA performance, Bryan sat on a stool and sang a stripped down version, holding it together until the end when he gave way to his emotions a bit in memory of his lost siblings. This powerful performance left fans in awe.

Watch the full performance below: