The two have embarked on a new project as the band Speakeasy Social Club! 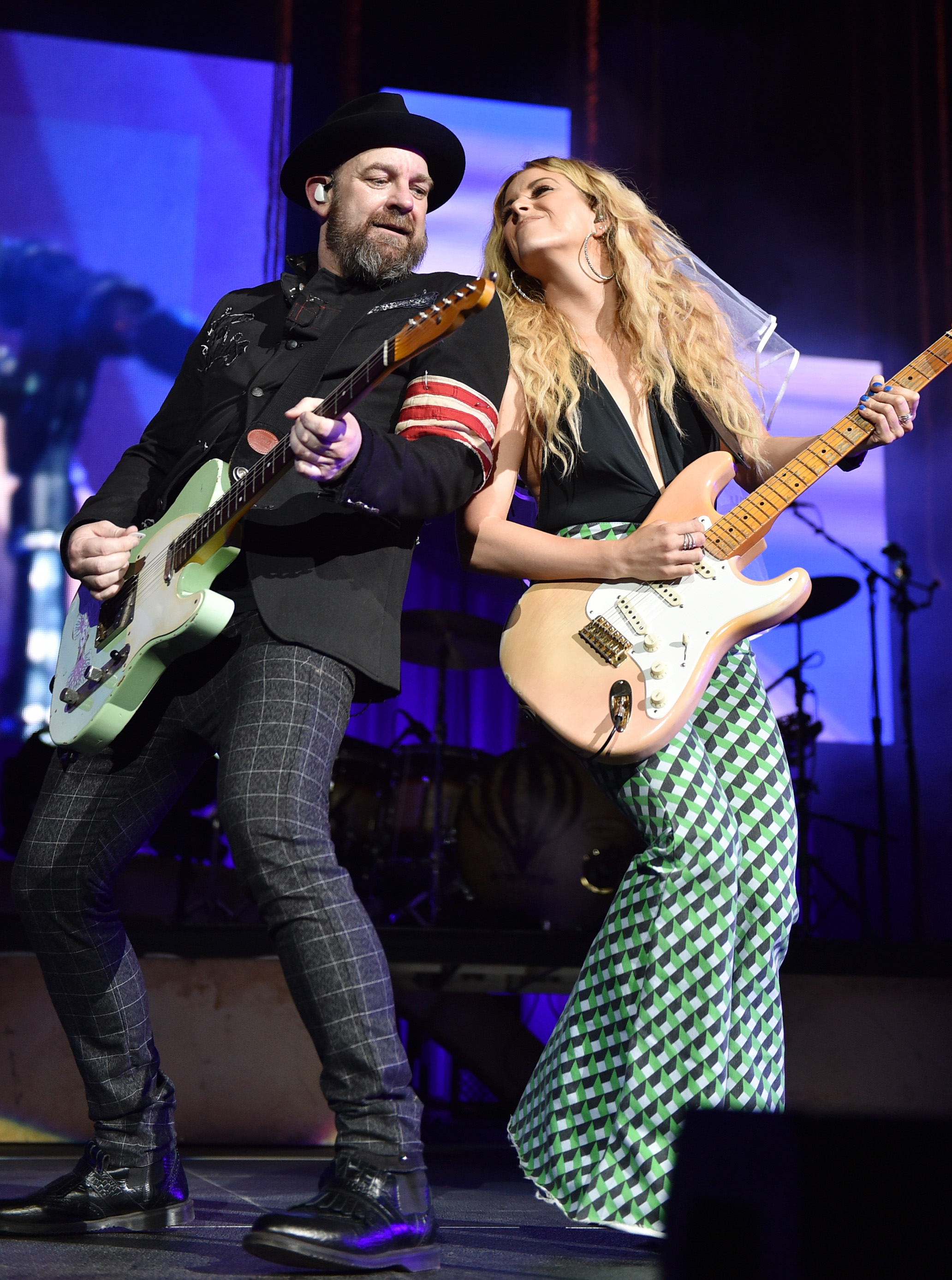 Lindsay Ell and Sugarland’s Kristian Bush have spent a long time working together and have amazing musical chemistry. It’s no surprise the two have embarked on a new project together as a band called the Speakeasy Social Club!

According to Ell, the duo began working on their new band after Ell and Bush played some shows together during the C2C: Country to Country music festival in the UK. "We were like, ‘Well, we’re both on the bill together, so why don’t we just hop on the stage at the same time? We won’t make a setlist, we’ll just have fun.’ So we did just that,“ Ell recalls. "I didn’t know the next song he was gonna play, and he didn’t know the next song I was gonna play. We played different songs, and each other’s songs. It was just purely for the joy of playing music, and it was the most fun I’d had onstage in as long as I can remember.”

“The Criminal” singer adds, "It’s always for free, it’s only announced hours before we show up in a city and do one, and it’s purely for the enjoyment of music,“ she explains. "We’ve done them as after-parties for Sugarland shows. We did one in Nashville [recently]. It’s just been so, so, so much fun." However, as far as releasing an album, the two are more focused on the live experience and have nothing planned yet.

"We never know what’s gonna happen. So we’ve been recording our shows live, and, at some point, we’re gonna figure out how to bootleg them secretly – probably under a speakeasy password,” Ell says. “But it’s just fun, and that’s what music is supposed to be about, and it’s another way for fans to get excited and just get to see a live show from a different perspective.”

Ell is currently on tour with Sugarland and will continue until this fall.