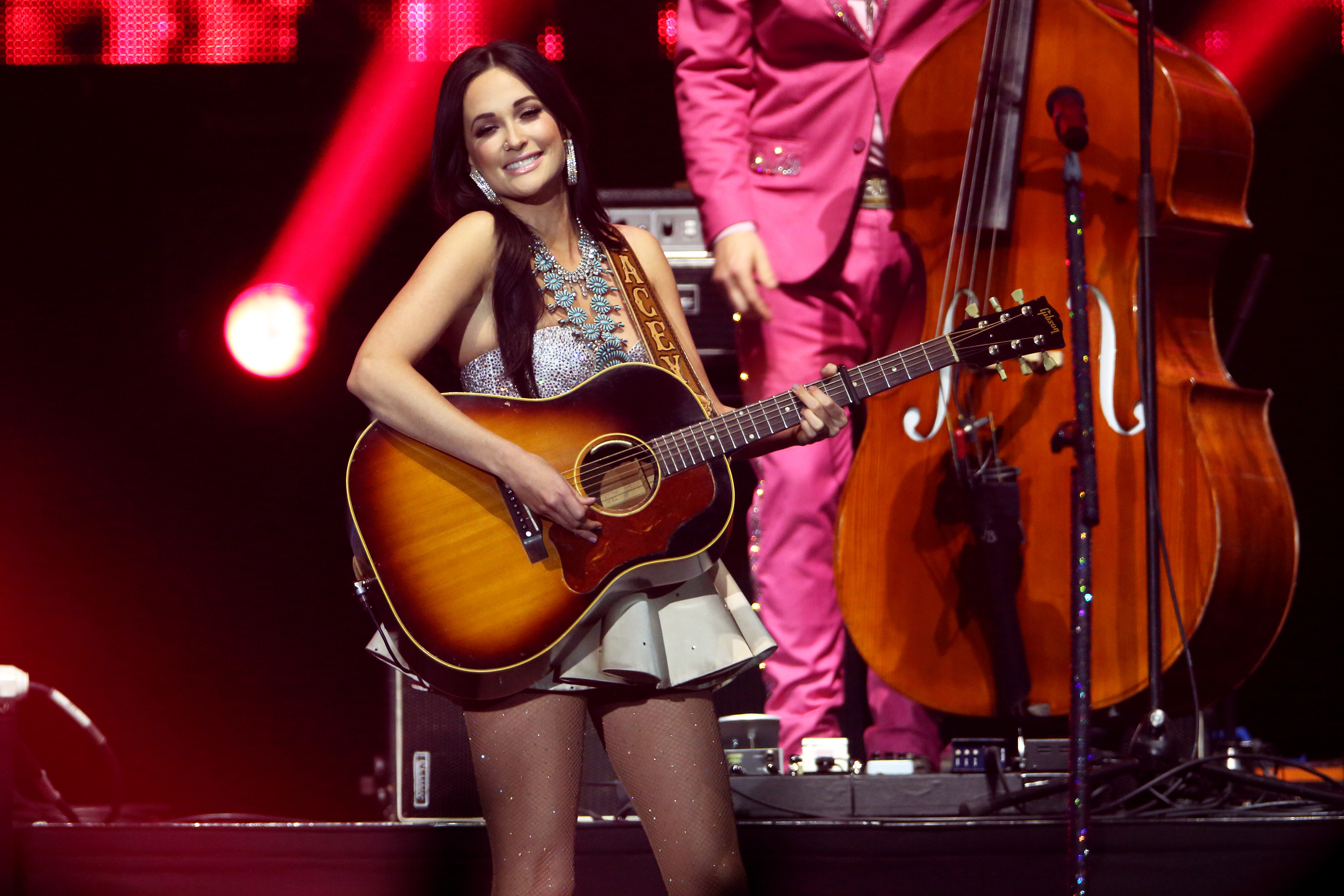 In anticipation of the release of her third studio album, country star Kacey Musgraves visited a pair of talk shows in New York to perform songs off her new album, Golden Hour.

The Thursday evening before her album dropped, Kacey swung by The Late Show with Stephen Colbert set, where she gave a moving performance of “Slow Burn", the opening track to Golden Hour.

Kacey looked picture-perfect during her performance, wearing a jewel-studded top and a guitar in her hands while she delivered flawless vocals.

The next morning, the country star paid a visit to the Today Show, where she performed “Butterflies" as part of their Citi Concert Series. Clad in a pristine white dress and matching go-go boots, Musgraves gave a romantic performance of the song, which she wrote in honor of her then future husband, Ruston Kelly.

“This is the first song that I wrote after meeting [my husband]," Kacey shared with the Today Show hosts. “I'm so excited to play it."

The “Follow Your Arrow” singer will also be stopping by on the Ellen show this Wednesday (April 4) for another performance. And be sure to follow Kacey on the road with Little Big Town on The Breakers Tour through April 21 and later this summer supporting former One Direction member Harry Styles on the second leg of Harry Styles - Live on Tour. Musgraves will also embark on her own Oh, What a World: Tour, where it kicks off in Amsterdam on October 21.

Oh, What A World: Tour dates: