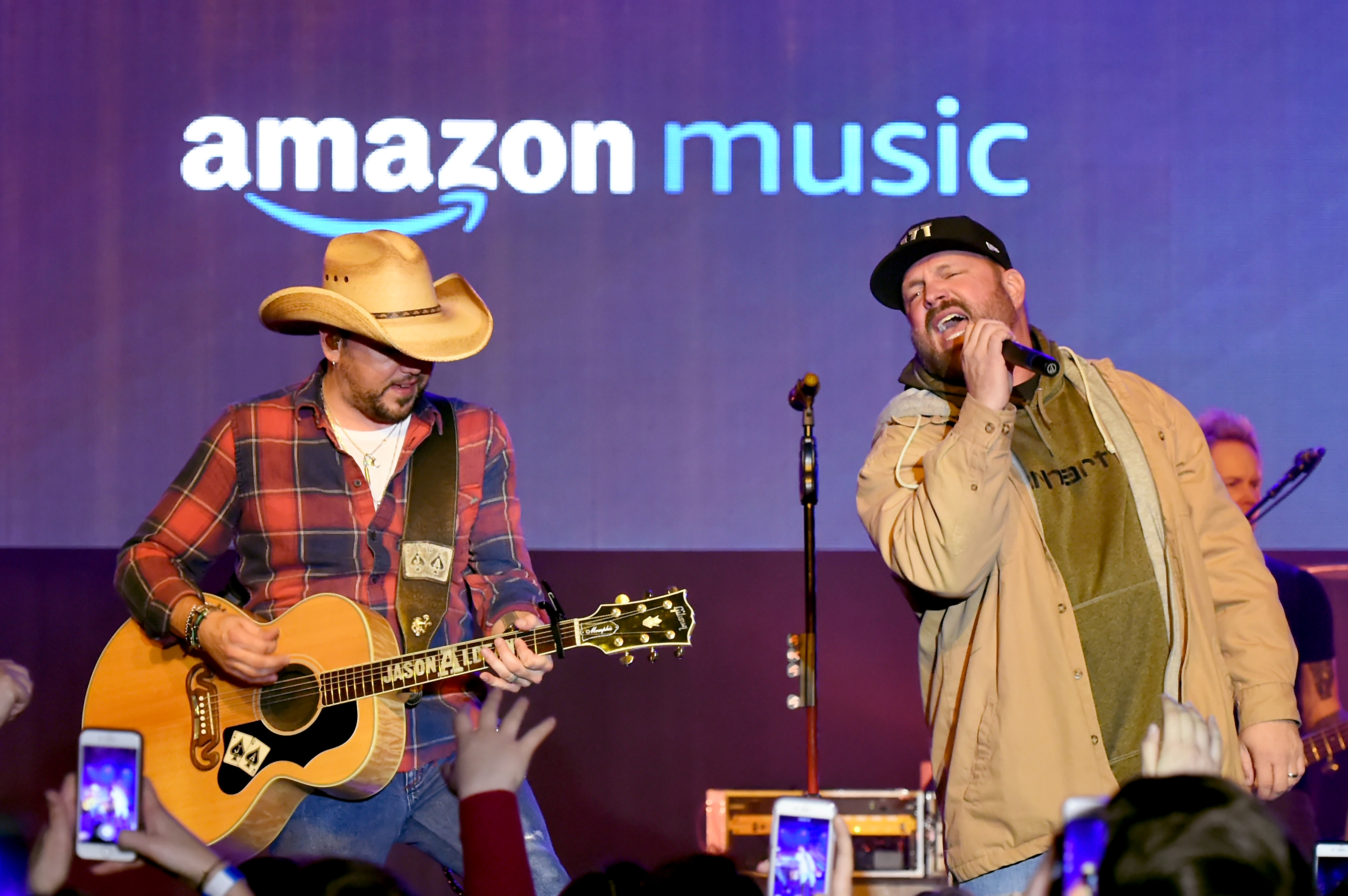 Nashville has been taken over by the Country Radio Seminar (CRS), a three-day annual event that brings radio professionals, label executives and new and established country artists all together to showcase their musical talent. Kicking off on Monday, February 5, Amazon Music held their Amazon Music & CRS Monday Night Showcase, which featured Jason Aldean. Attendees got more than they bargained for though, when country icon Garth Brooks made a surprise appearance and performed alongside Aldean.

The duo performed both Aldean's hit "My Kinda Party" and Brooks' classic “Friends in Low Places" and no surprise the crowd was elated for the unexpected show.

It's always a BLAST sharing a stage with this cat! love you pal @Jason_Aldean! g #CRS2018 pic.twitter.com/CCLNlCchwm

The showcase also featured performances by newcomers Jordan Davis and Jimmie Allen and was held at the Omni Hotel in Nashville. Earlier in the evening, Aldean headlined the Broken Bow Records Live event held at the Country Music Hall of Fame where each artist, signed to the label's roster, performed one of their songs.