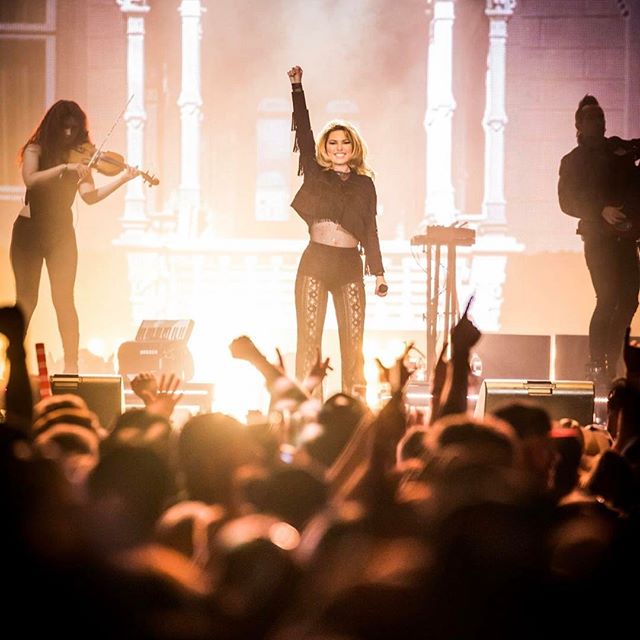 Fifteen years since Shania Twain has released new music, she's not only proving herself timeless, but transatlantic.

Now took the top spot on U.S. and U.K. charts, as well as performing equally strong in the artists' native Canada. Having faced adversity during her hiatus from performing, the country singer decided to dedicate herself to a personal album detailing her frustration from the sideline, and fans are appreciative. The five time Grammy winner will be hitting the road to accompany her latest release, you can read more about the Shania Now Tour 2018 here.

In a recent interview with NPR, Twain explained the circumstances that lead to her time off, “Twelve years ago, on tour, I got bit by a tick, and I got Lyme disease. So my voice just was gone. The Lyme disease had damaged the nerves that operate your vocal chords sort of like a puppeteer’s strings being frayed and not as efficient. So then I had to go through a series of what is really called voice gym. And it’s kind of like a vocal Pilates. And it’s very intense and kind of silly. You’ve gotta roll around and do all kinds of strange things while you vocalize. And it’s a physiotherapy that I will have to do for the rest of my life in order to maintain what I have at least recovered."

And all that hard work certainly paid off. Twain's album is the first female country artists' to top the Billboard 200 Albums chart since Miranda Lambert's Platinum in 2014. In the first week following the release of Now, it sold 137,000 copies, 134,000 of which were traditional album sales. It's no question her voice was missed by the country music community, and we are overjoyed to welcome her back.