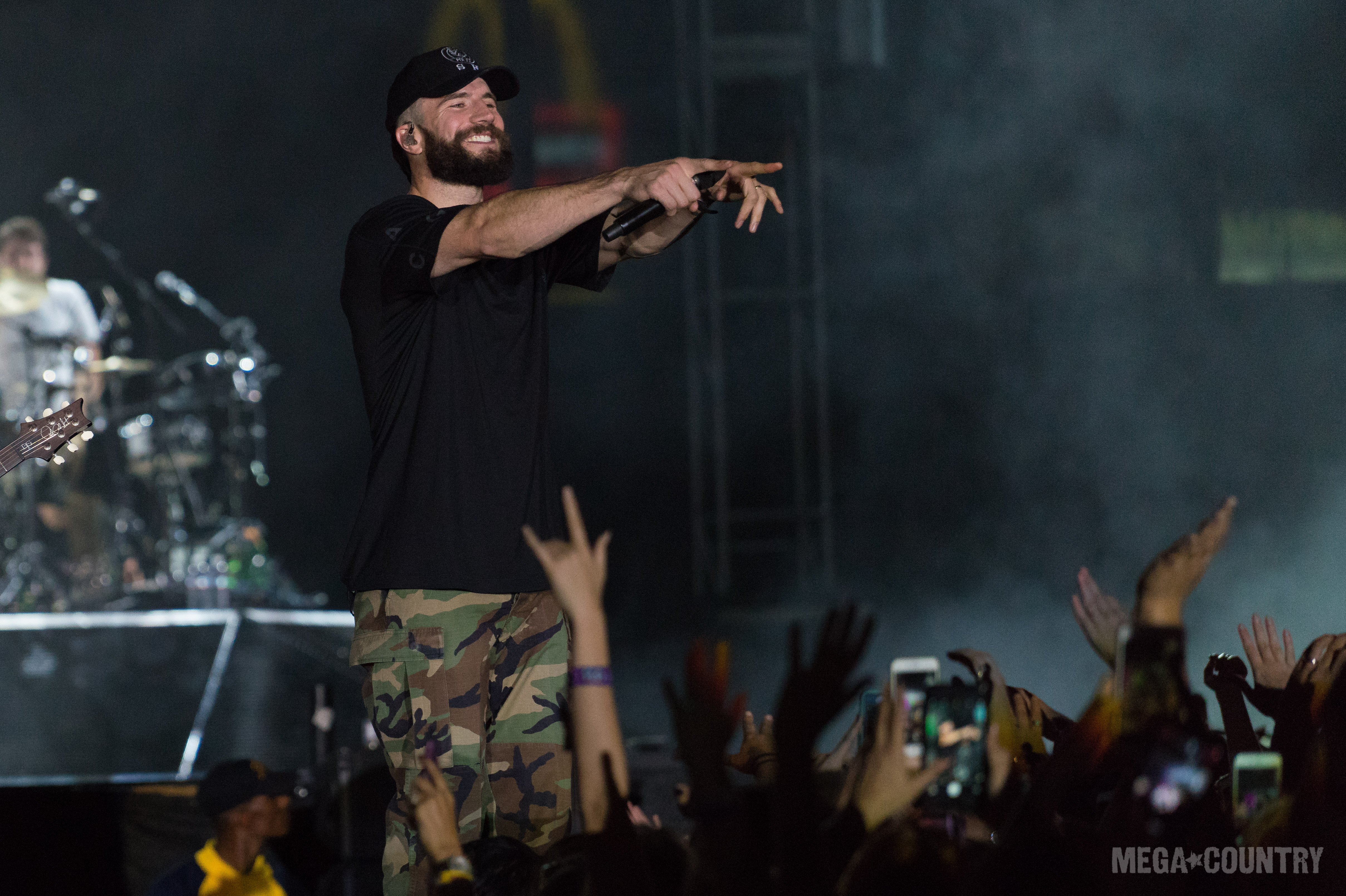 Another day and another successful round of performances at the Route 91 Harvest Festival. With appearances by Brett Young, Lauren Alaina, Maren Morris and Sam Hunt, we continue to enjoy some of country music's finest at one of the year's most exciting country festivals! To help relive the last couple of days, we are continuing our handy recap of some of the festivals most memorable moments. From Brett Young's devotion to aiding heartbreak to Sam Hunt's electric stage presence, here are some of yesterday's (September 30) most talked about events.

Young kicked off the main stage with a set of some of his most notable hits and of course it involved some talk of heartbreak. “Raise your hand if you've ever been broken up with," Young said to the eager crowd. Practically everyone raised their hand as the country singer jumped into his next song.

Rising country star Kelleigh Bannen also helped to start the day with her performance on the Next From Nashville stage. We caught up with her off stage and learned she's pretty particular on how she pronounces Route 91.

Watch Bannen school us on pronunciation in the video clip below:

Our friend Jackie Lee also had a few words to say on this ever-increasing debate. We grabbed him for a quick moment after his epic performance on the Next From Nashville stage.

To help keep the crowd going for the nights headliner, Maren Morris strutted her stuff with a set jam packed with hits and fan favorite tunes. Her single “Rich" from her debut album definitely showed off the singer's sassy side.

As for the main event, Sam Hunt did not disappoint with his high energy performance. Fans went crazy for the hitmaker, especially when he unexpectedly jumped into the crowd and caused mass hysteria from unsuspecting fans.

Keep your eyes on megacountry.com for updated coverage on the Route 91 Harvest Festival 2017!