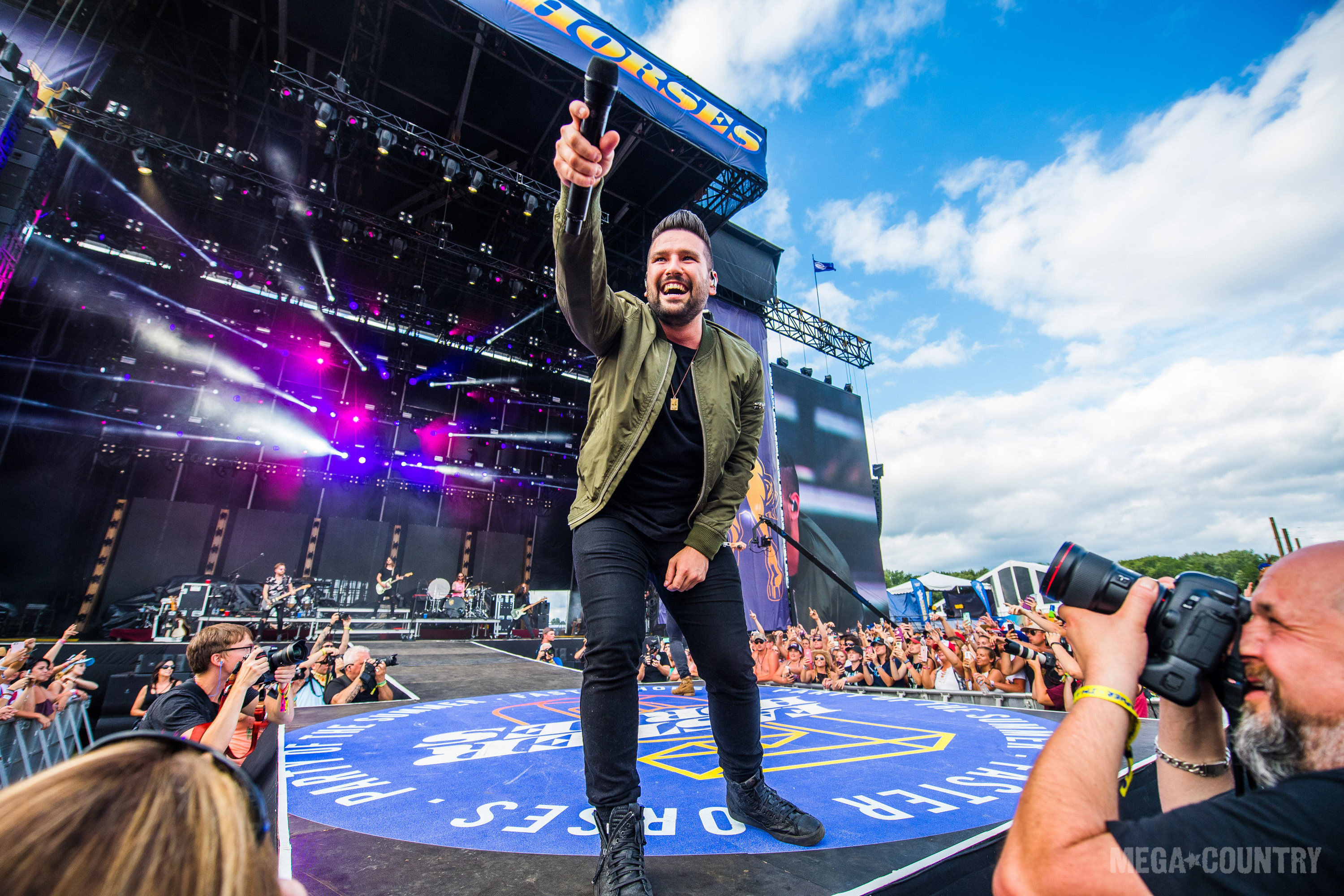 The 2017 Faster Horses Festival took place over this past weekend, July 20- 22, and it was a bombshell of a country music fest. The lineup was massive featuring everyone from Dierks Bentley, Miranda Lambert, Brett Eldredge, Darius Rucker and more!

The 5th Anniversary of the show overcame a brief rain-out to keep the party going, and made some awesome expansions on the festival's format. Along with the Main Stage, the festival featured a Next From Nashville Stage showcasing scores of performances from the country musicians that are bound to be the next big stars (if they aren't already). Read on for some of the amazing moments from both stages!

Performances from the Main Stage on Day One were electric, featuring country superstars such as Cole Swindell, Jon Pardi and Maddie & Tae to name a few. But even then, there was a moment in particular that stood out — and it came from Dierks Bentley's closing performance!

Not only was the headliner show Bentley's first time at the festival since its 2013 debut, but he orchestrated a very special moment. The crowd wasn't going to let Bentley get away without performing his hit song “Riser," and even though he hadn't planned to play it, he took it as an opportunity to bring two fans he met during a meet-and-greet before the show onto the stage.

But these weren't your average fans. Chris Egen and Sue Cabadas met at the inaugural Faster Horses Festival and have remained such great friends to the level that Egen recently saved Cabadas' life by donating his kidney to her. There was no way Bentley could pass on the opportunity to honor a couple of “risers" during his Day One close-out show.

The Next From Nashville Stage was brimming with energy on Day One too, featuring performances from Muscadine Bloodline, Smithfield, Dylan Scott, Carly Pearce, Wheeler Walker Jr. and Drake White And The Big Fire. Dylan Scott told the audience, “thank y'all for changin' my life," in reference to his first ever No. 1 song “My Girl," and Muscadine Bloodline thanked the audience “for giving a s–t about country music."

Day Two on the Main Stage was another roarin' good time. It featured perfromances from Charlie Daniels Band, Darius Rucker and Dan + Shay for starters. Headliner Miranda Lambert arguably had the most epic moment with an unforgettable line that she said to the crowd before kicking off her set. She told the crowd of 40,000, “I feel like my redneck side is going to show tonight… and I feel like that's okay here." It was deeeeefinitely okay!

Day Three brought a final round of excitement for the crowd. The build-up was riveting, and Faster Horses kept the party rollin' in a sensational way. The country stars came out in full force: Michael Ray, Lauren Alaina, Bobby Bones and The Raging Idiots, Old Dominion and Brett Eldredge — with Luke Bryan bringing the fantastic festival to a fitting close. In a set that featured a boot-stomping rendition of “Uptown Funk," Bryan closed out the festival with the appropriately titled hit, “I Don't Want This Night To End." We didn't want it to end either, and we already can't wait for next year's festival!

Day Three on the Next From Nashville Stage came to a successful close as well, with stellar performances from Jackie Lee, Adam Craig, Ryan Kinder, Bailey Bryan, and LANCO.

As you can tell, Faster Horses is a three-day adventure that takes you on a roller coaster ride of floor-shaking country music, and reminds you how powerful the genre truly is. If you couldn't make it to Faster Horses 2017, start making plans for next year!

But for now, re-live the whole Faster Horses 2017 experience on Saturday, July 29, at 9 AM ET on the CMT Hot 20 Countdown. According to the Detroit Free Press, you'll see exactly why Faster Horses is “a party fixture on the summer calendar."