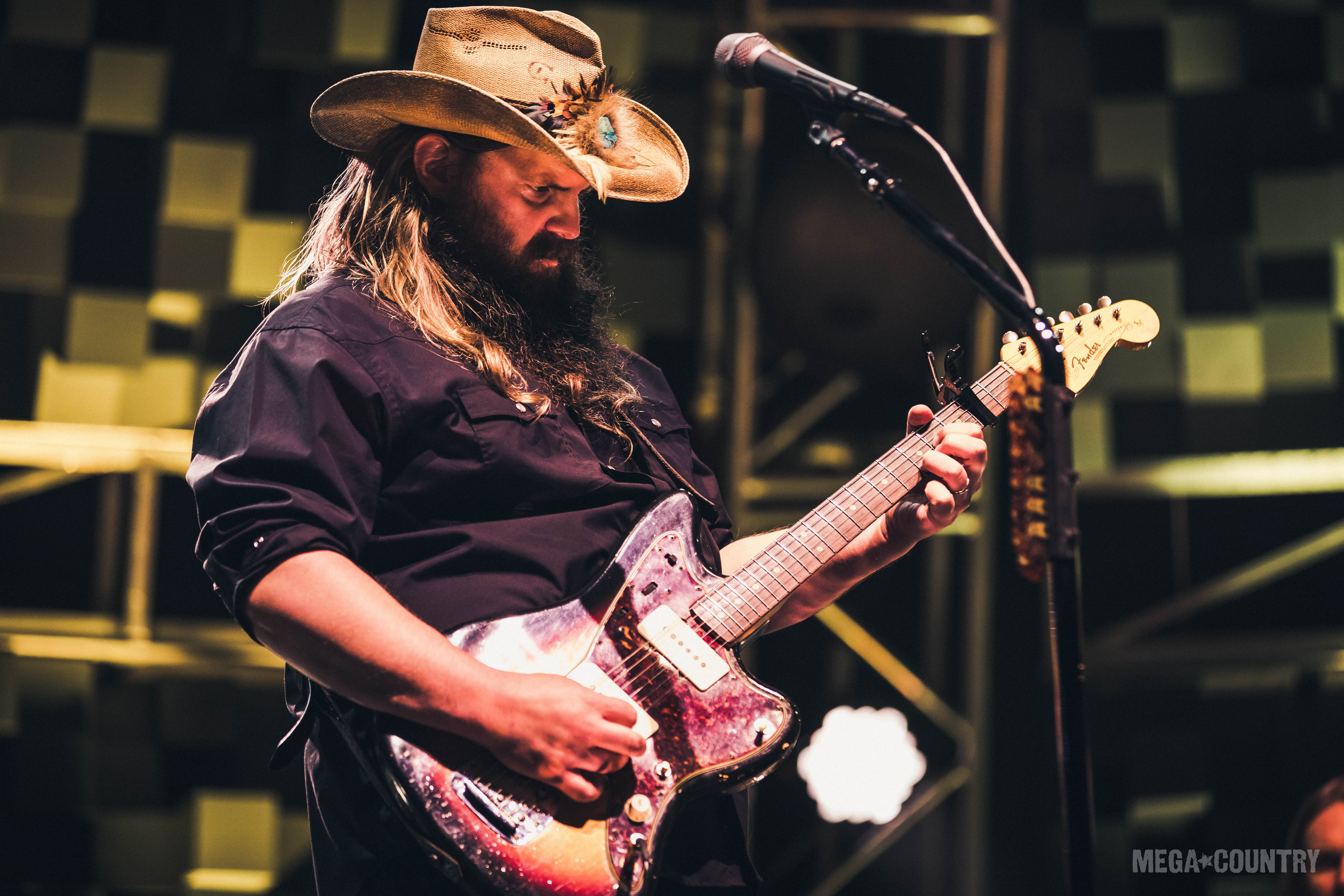 Two of country music's most prominent acts came together for an on stage collaboration. During a Sunday night stop, July 16, in Buffalo, New York Chris Stapleton and Miranda Lambert performed Stapleton’s Traveller cut “Fire Away.”

To the surprise and delight of the audience, Lambert made an impromptu appearance during Stapleton's performance, likely attending the show with boyfriend Anderson East who has been opening for the “Whiskey and You" singer on his All-American Road Show Tour. Lambert joined on vocals with Stapleton and his wife Morgane and harmonized beautifully with the duo as the crowd excitedly applauded.

Watch the country sensations' surprise duet in the video below:

This is not the first time Lambert has performed with the country crooner, surprising Stapleton fans earlier in the year when she, East, and both Stapleton and his wife did a rendition of the Temptations’ “My Girl."

However, the “Vice" singer had a few more surprises up her sleeve before the night was over. East's birthday is on Monday, July 17, and to help celebrate, she performed a rather dark and sultry rendition of “Happy Birthday," evening having the crowd sing along at times. East was all smiles as Lambert sang to him and it's clear no one was more excited to kick off his birthday than his country superstar girlfriend!

Catch Stapleton and East, along with fellow tour mates Margo Price and the Brothers Osborne, out on the road through this fall. And keep an eye out for Lambert during Stapleton's All-American Road Show Tour, you never know when she'll make an appearance!