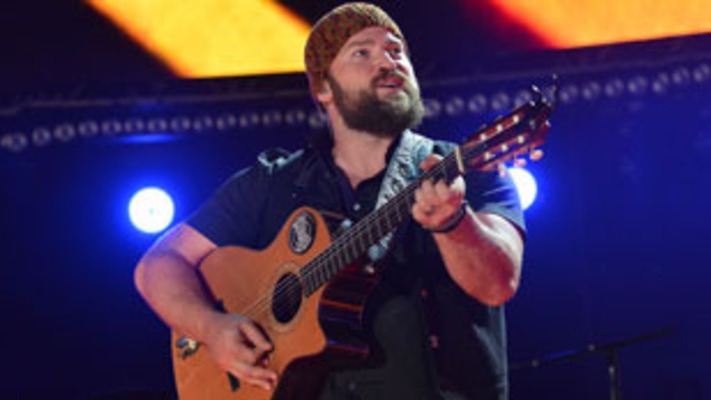 Pass the Jar: Live from the Fabulous Fox Theatre in Atlanta (2010)

Zac Brown was born in Atlanta, Georgia, and grew up in Dahlonega. He was the eleventh of twelve kids and exposed to a variety of music while growing up through his older siblings. Brown grew up listening to country, pop, bluegrass, reggae, folk, and singer/songwriter albums by Cat Stevens, James Taylor, the Eagles, Bob Marley, Willie Nelson and Waylon Jennings. His parents both loved music as well, and his father would lead the family in singalongs. Brown guitar lessons at age seven and he started playing solo gigs while he was in high school, doing covers of pop and country songs and some original tunes.

Brown went to University of West Georgia on a vocal scholarship and studied classical voice, but switched his major several times to biology, business, and finally psychology. He had a band called Far from Einstyne in college and alternated between band gigs and solo restaurant dates to pay his way through school. When it disbanded, Brown and drummer Chris Fryar continued on as a duo. Brown was heavily impacted by September 11, 2001 and decided life was too short to do things he wasn't interested in, and left school to perform full-time.

Brown and Fryar continued playing gigs as Far from Einstyne. Then in 2002, he put together the first Zac Brown Band, looking for additional players who wanted to be equal partners in a band with a communal vibe. They played about 200 gigs their first year. In 2003, Brown started his own Home Grown label, now called Southern Ground, and released the album Home Grown in 2005 and Live from the Rock Bus Tour in 2007. Brown runs the label, manages and books the band, and produces its albums with the help of bass player John Hopkins. In 2004, he opened a music club and restaurant called Zac’s Place with his father to serve gourmet Southern-style food where he and the band would play.

When a developer eventually bought the restaurant, Brown and the band got a tour bus and hit the road full-time, playing country and rock clubs and folk and jam band festivals. With the personnel settled down to the cohesive unit of bassist Hopkins, fiddler Jimmy De Martini, guitarist/organist Coy Bowles, and drummer Chris Fryar, the band recorded The Foundation with producer Keith Stegall in 2008. The songs had been road-tested and were laid down live in the studio with minimal fuss. The album came out first on Southern Ground and then was signed by Live Nation’s label. Eventually Zac Brown Band signed to Atlantic and released The Foundation nationally in November of 2008. "Chicken Fried," the first single, was a platinum-selling hit. Clay Cook joined the band in January of 2009.

Zac Brown Band toured in support of The Foundation in 2009, while also recording for the next album. Brown bought land for his own summer camp, now called Camp Southern Ground, a venture he runs cooperation with Brain Balance, an organization that works with kids with behavioral issues. In 2010, Brown and his band were awarded with the GRAMMY for Best New Artist. Also in 2010, the live album Pass the Jar, recorded at a performance at Atlanta's Fox Theatre, was released. The studio follow-up to The Foundation, You Get What You Give, was released in 2010 as well and a commercial and critical success.

The group's third major-label studio album, 2012's Uncaged, included new member/percussionist Daniel de los Reyes and featured guest spots from Amos Lee and Trombone Shorty, as well as songs co-written with Jason Mraz and fellow Southern Ground artists Nic Cowan and Sonia Leigh. Uncaged debuted at number one on the Billboard 200 and earned platinum status; it also generated the Top Ten country hits "Goodbye in Her Eyes," "Sweet Annie" and "Jump Right In." While the Zac Brown Band worked on their fourth album, they released Greatest Hits So Far... in time for the 2014 holiday season. Also in 2014 Zac Brown recorded on Foo Fighters’ 2014 album Sonic Highways, recording the single “Congregation” at Southern Ground Studios in Nashville. In early 2015, the band dropped the chart-topping single "Homegrown" in anticipation of the full-length genre-bending Jekyll + Hyde, released in April. It was another commercial success and had two other Top Ten country hits in "Loving You Easy" and "Beautiful Drug." Two years after Jekyll + Hyde, the Zac Brown Band released its fifth studio album, Welcome Home which debuted at number two on the Billboard 200.