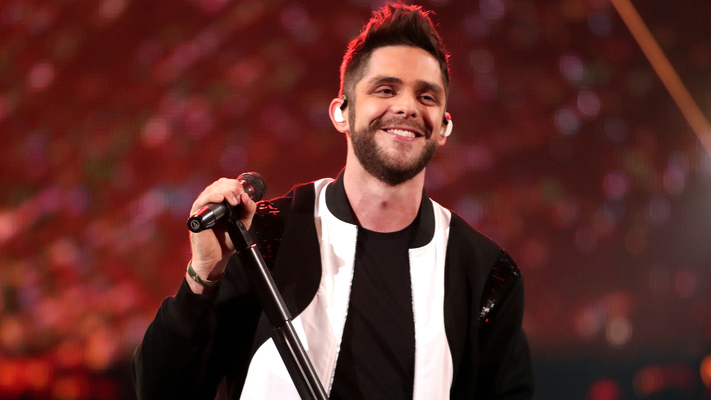 As the son of a successful musician and songwriter, Thomas Rhett grew up immersed in the music industry. Born Thomas Rhett Akins Jr. in Valdosta, Georgia, Rhett began performing at an early age, traveling with his father Rhett Akins on the road and playing drums during the encores. The budding star continued to master the drums in high school, where he was part of a group called The High Heeled Flip Flops. After graduating, Rhett moved to Nashville where he attended Lipscomb University and studied communications. Though his interest in music grew, Rhett wasn't convinced that he would ever pursue a career as an artist. It wasn't until his father persuaded him to open for singer-songwriter Frankie Ballard at a music-industry showcase that he began to change his mind.

After opening for Ballard, Ben Vaughn of EMI Music approached the then 20-year-old, explaining that he "liked what he heard" and asked if he would be interested in a publishing deal. Rhett accepted, and in 2010, he co-wrote the track "I Ain't Ready to Quit" which was featured on fellow country artist Jason Aldean's fourth studio album My Kinda Party. Between writing sessions, Rhett was also performing on Music Row acoustically in record company conference rooms. When President and CEO of Big Machine Label Group heard the up-and-comer playing, he knew he wanted Rhett on the roster. In 2011, Rhett signed to The Valory Music Co. division of BMLG and began working on his first album. Rhett released his debut single "Something to Do with My Hands" in early 2012, along with "Beer With Jesus" and "It Goes Like This," which made it to number 2 on the Hot Country Songs chart. He also released an eponymously named EP in August of 2012, and debuted his first studio album, It Goes Like This, the following year in October. Rhett's musical debut earned him a nomination for New Artist of the Year, and his fourth and fifth singles "Get Me Some of That" and "Make Me Wanna" both reached number 1. 2015 and 2016 brought nothing but successes for Rhett, who had chart-topping hit after hit with the release of his sophomore album Tangled Up. During this period, the singer earned numerous nominations, including an AMA nomination for Favorite Country Song for "Die a Happy Man". "Die a Happy Man" also earned Rhett the CMA nomination for Song of the Year as well as a Grammy nomination in 2017 for Best Country Song. Later that year in September, Rhett released his third studio album Life Changes, which includes the chart-topping single "Craving You" featuring fellow country singer Maren Morris. The country star and his wife Lauren Akins have two daughters. Their eldest, Willa Gray, was adopted at 18 months in May 2017 before their second daughter Ada James was born on August 12, 2017.