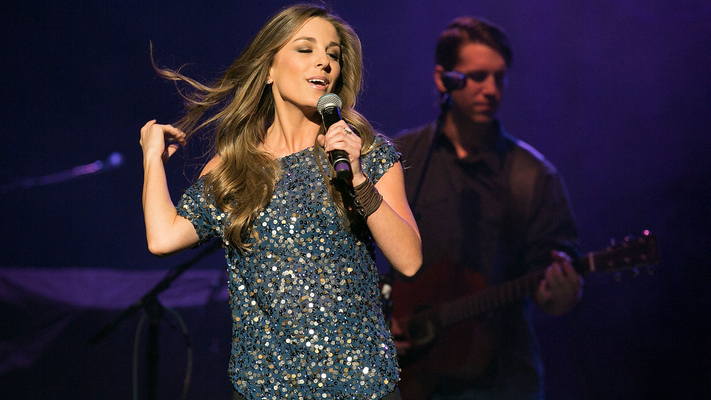 Small town Sevierville was not the place for singer-songwriter Tara Thompson. Growing up in Tennessee, Thompson was always a huge country music fan and even spent many days and nights watching her cousin, the legendary Loretta Lynn, perform. As soon as Thompson turned eighteen, she took off to Nashville and instead of using her famous cousin’s connections, decided she wanted to make it as a country singer all on her own. She began covering classic country songs at Tootsie’s Orchid Lounge as well as a few other local honky-tonks.

While in Nashville, Tara began to gain a following while playing at Tootsie’s Orchid Lounge and eventually signed a record deal with Big Machine Label Group's Valory Music. Tara’s music is heavily influenced not only by her cousin Loretta Lynn but also other classic country female voices and it is clear that she writes about her own country roots. Her songs stand out in today’s pop-country dominated market due to their classic feel and Thompson’s authentic stories and southern twang. Her 2016 album Someone to Take Your Place helped launch her career and put her on the map and she is continuing to make a name for herself. In March of 2018, Thompson released six new singles, including songs "WTF" and "Behind Bars."