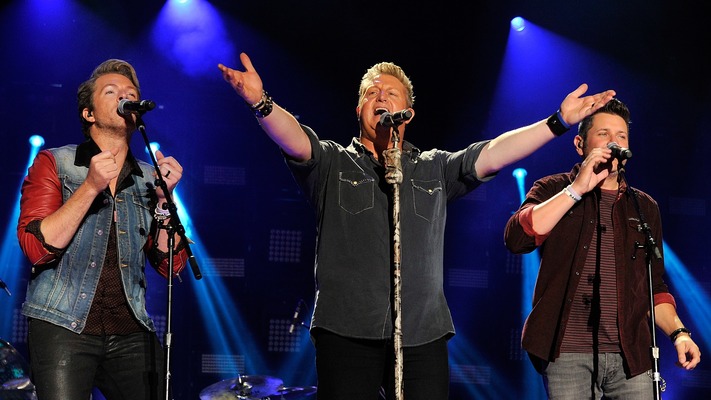 The country trio Rascal Flatts officially formed in the late 1990’s. Lead vocalist Gary LeVox (Gary Wayne Vernon Jr.) and keyboardist Jay DeMarcus are cousins and grew up together in Columbus, Ohio. DeMarcus left in 1992 and headed to Nashville to pursue a music career, while LeVox pursued his own musical interests with a Christian group. LeVox eventually moved to Nashville, and began working as a keyboardist for fellow country star Chely Wright. In LeVox’s spare time, however, he would perform gigs around town with his cousin DeMarcus. Not long after coming to Nashville, the duo met and began working with Chely Wright’s guitarist Joe Don Rooney, this marked the true beginning of superstars’ Rascal Flatts.

United in Nashville, Tennessee, the trio landed a record deal with Lyric Street Records and started recording what would be their self-titled debut album. The record was released in 2000, and their single "Prayin' for Daylight" became an instant hit. Rascal Flatts racked up a total of four hit singles before releasing their second album, Melt, in October of 2002. Melt proved to be another success for the country trio and was a project co-produced by all three members, also featuring their first No. 1 country hit "These Days." Rascal Flatts' 2007 record, Still Feels Good, received similar praise and went platinum before the year's end, including the smash hit "Take Me There." The group released their final album with Lyric Street Records, Nothing Like This, in 2010 before the label closed down. Featuring a duet with pop sensation Natasha Bedingfield, "Easy," Nothing Like This was another fan favorite, allowing the group to release their compilation album The Best of Rascal Flatts Live in 2011.

Changed, the country stars’ seventh studio album, and first with Big Machine Label Group, appeared early in 2012. For their eighth studio album, Rascal Flatts worked with producer Howard Benson who previously worked with Kelly Clarkson, 3 Doors Down, and My Chemical Romance, Rewind was released in May of 2014. The album featured their hit "I Like the Sound of That," which was a Top Ten hit in 2015. The trio teamed with producer Busbee for their 2017 album, Back to Us.