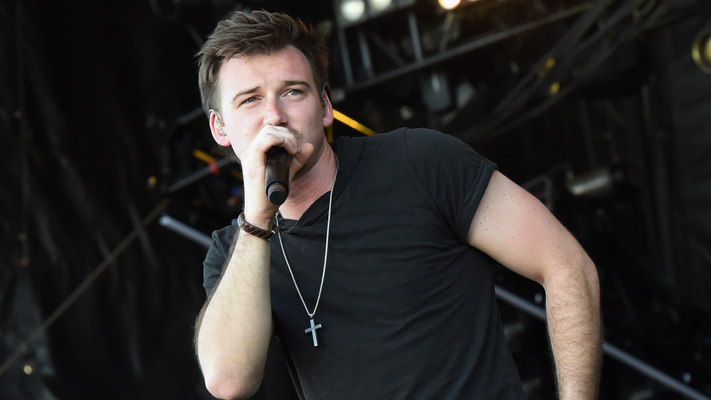 Morgan Wallen was born in the small town of Sneedville, Tennessee, where he began singing in his father’s church at the age of 3 and took up the violin by the age of 5, eventually picking up both the piano and guitar years later. While attending Gibbs High School in Corryton, Tennessee, the same high school Kenny Chesney attended, Wallen played baseball and would pursue it heavily until an elbow injury his senior year cut his sports dreams short. In a way, the injury was a blessing as this led Wallen to put his efforts towards music. By the age of 18 he was already writing music, combining musical influences from his childhood. Wallen himself has said he “didn’t necessarily grow up listening to country music, he grew up living it.”

In 2014, Morgan Wallen auditioned for the sixth season of The Voice, where he was eliminated during the playoffs. Benefitting from the reality television competition, Wallen received national exposure and met his future collaborator Sergio Sánchez during his time on The Voice. He and Sánchez moved to Nashville and spent much of their time working on music which led to the formation of their band, Morgan Wallen & Them Shadows. Not long after, Wallen found himself with a manager, an agent and a publishing deal with Big Loud's record label, Big Loud Music. With the label's support behind him, Wallen placed cuts with acts like A Thousand Horses before getting his own shot as a solo artist. The first song he released from his solo project was the debut single, "The Way I Talk." The song was a radio hit, he followed up the single release with an EP by the same title in July of 2016. On April 27, 2018, Wallen dropped his debut album If I Know Me, opening at No. 11 on the U.S. Top Country Albums chart. The album features the hit single "Up Down" with Florida Georgia Line. Wallen continues to ride the wave of success with writing credits on Jason Aldean's single "You Make It Easy" and an opening slot on Luke Bryan's What Makes You Country XL Tour in the summer of 2018.