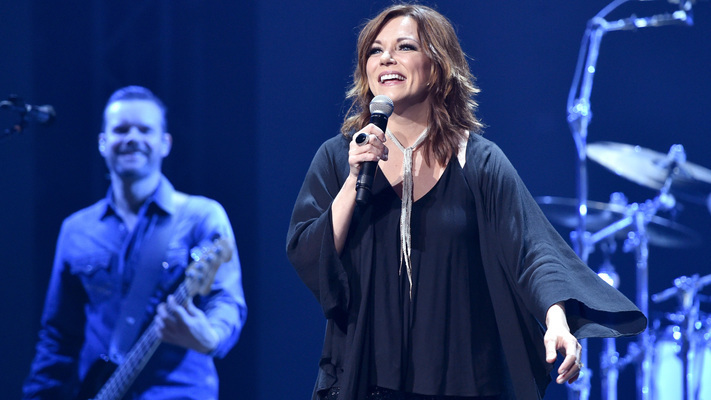 Martina McBride (Martina Mariea Schiff) was born on a dairy farm in Kansas, on July 29, 1966, where she was exposed to country music at a very young age. Around 8 years old, she began signing in her father’s band, “The Shiffters,” with whom she also learned to play the keyboard. Mcbride played in various bands before moving to Nashville in 1989 with her husband, who began working closely with country icon Garth Brooks, and she would often join her husband, selling merchandise on tour. Brooks was so impressed by McBride's voice and spirit, that he offered her a chance to be his opening act if she could land a recording contract. With a demo recorded by her husband, the country singer finally landed a deal with RCA and began touring.

Starting out as a more traditional country singer, McBride eventually crossed over into a pop-country style of sound, even being referred to as the "Celine Dion of Country Music" because of her soprano vocal range. In 1991, McBride debuted her first single, "The Time Has Come.” Between 1995 and 2001, five of McBride’s hit singles hit number 1 on the Billboard country charts. McBride has recorded a total of 13 studio albums, two greatest hits compilations, one "live" album, and two compilation albums. Eight of her studio albums and two of her compilations have received an RIAA Gold certification, or higher. She has sold over 14 million albums in the U.S. and has won the Country Music Association's (CMA) "Female Vocalist of the Year" award four times, tied with Reba McEntire for the second-most wins. She has also won the Academy of Country Music's "Top Female Vocalist" award three times. The singer is a 14-time Grammy Award nominee.