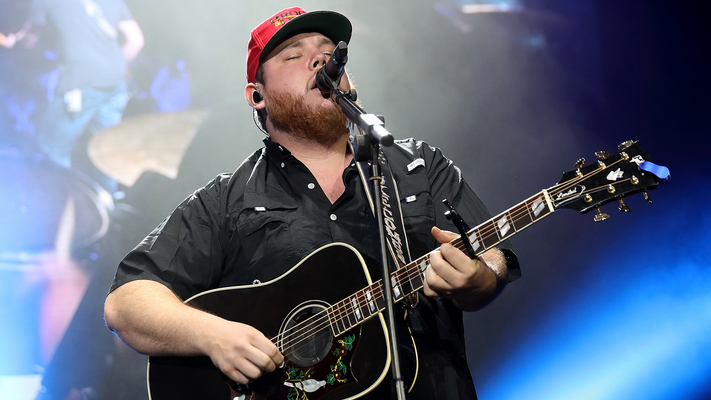 Country singer/songwriter Luke Combs was born and raised in the city of Asheville, North Carolina. During his high school years, Combs participated in both sports and the arts. Not only was Combs a football player, he also performed with vocal groups locally. It wasn’t until his college years at Appalachian State that Combs would take up the guitar and develop his rambunctious performance style, playing shows every chance he could. Creating a name for himself on the road, Combs would build a strong fan base early on before making the move to Nashville, Tennessee in 2014.

Luke Combs self-released his first EP, The Way She Rides, on February 4, 2014. On a roll, Combs self-released the Can I Get An Outlaw EP months later on July 1, 2014. The release of his debut single “Hurricane” in 2015 set the stage for Combs, selling 15,000 copies in its first week and would eventually make radio history by topping both the Billboard Country Airplay chart and Mediabase chart for two consecutive weeks.

Generating enough buzz around him, Combs signed a deal with River House Artists/Columbia Nashville before dropping his third EP, This One’s for You on November 27, 2015.  Keeping the momentum alive, Combs was finally able to release his first studio album on June 2, 2017.  Also titled This One’s for You, the album was a success, reaching No. 1 on the US Top Country Albums chart and No. 5 on the Billboard 200. Since, Combs has released two other singles from This One’s For You: “When It Rains It Pours” and “One Number Away”, both performing exceptionally well on the charts. In 2018, Combs took home the award for Best New Country Artist at the iHeartRadio Music Awards. With his first headlining tour dubbed, Don’t Tempt Me With A Good Time, wrapped up in April of 2018, Combs landed an opening slot on Jason Aldean’s High Noon Neon Tour which runs through September of 2018. Luke Combs is set to re-release his debut album on June 1, 2018, titled This One’s For You Too. The re-release will contain all of the original album tracks fans know and love plus five additional bonus songs.