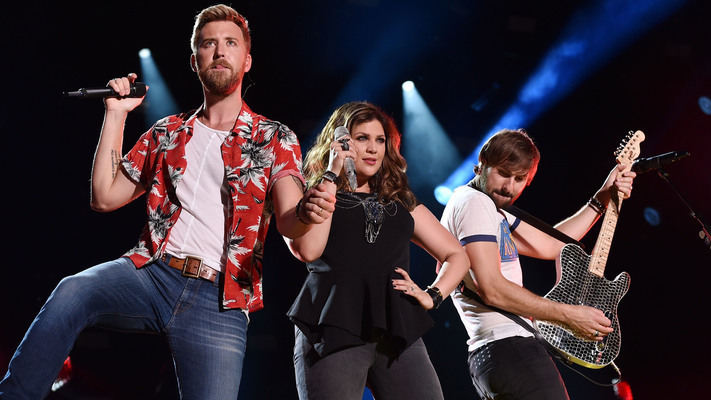 Lady Antebellum consists of the talented trio Hillary Scott, Dave Haywood, and Charles Kelley and officially came together in 2006. Haywood and Kelley have been friends since childhood and originally formed a bond over their shared interests in music. Eventually, the two made their way out to Nashville where they happened upon Scott one night while hanging out at a dive bar. Scott recognized Kelley from his MySpace page and the two struck up a conversation, discussing music and the possibility of collaborating together. Kelley soon invited Scott to come write with himself and Haywood, giving life to what would soon be the unstoppable trio Lady Antebellum.

Lady Antebellum took Nashville by storm. Their unique blend of contemporary country with pop and R&B soulful flair showcased their rich harmonies and distinct instrumental skills. They quickly moved from small venues and dive bars to large stages in the matter of a year. In 2007 they signed to Capitol Nashville, where they released their first hit single “Love Don’t Live Here.” The song secured the No. 3 spot on the country charts and was featured on their self-titled debut album, released in 2008. The record ultimately went platinum and earned the budding country stars' their first Grammy nomination.

Their follow-up album, Need You Now, was released in early 2010 and featured the single “Need You Now,” which is currently their most successful tune to date. The single topped country charts and reached No. 2 on the Billboard Hot 100. The album as a whole reached platinum success and led the group once again to the Grammys, where they claimed five awards. Lady Antebellum was able to write ten out of the 12 songs on their third album, Own the Night, that was released in 2011. This record featured two more hot singles, one charting on Billboard’s country chart and the other receiving crossover credit by charting on Billboard’s adult contemporary chart.

Lady Antebellum released their fourth studio album, Golden, in May of 2013, following a Christmas album. Golden unsurprisingly held numerous popular singles that charted and allowed the group to go on a brief hiatus while they pursued solo projects throughout 2016. Lady Antebellum returned in 2017 with the release of their most recent album, Heartbreak, which featured their single "You Look Good."