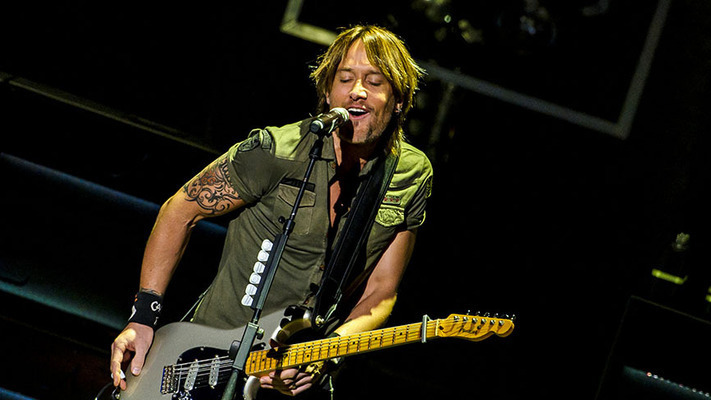 Keith Urban was born in New Zealand but was raised in Australia where his father owned a local convenience store. His father aided in jumpstarting his sons career by advertising for a guitar teacher named Sue McCarthy inside his store, a six-year-old Urban received free guitar lessons in exchange. This led to Urban winning multiple talent shows before ever leaving elementary school. Showing a clear sign that he was a natural born talent, commanding the stage whenever he was playing guitar, singing, or even acting. With inspiration coming from his father, Keith Urban took interest in American country music by artists such as Glen Campbell and Dolly Parton.

Keith Urban was a part of the Australian country music explosion in the aerly '90s, signing to the Australian division of EMI Records. After finding success in his home country, Urban and drummer bandmate Peter Clarke relocated to Nashville, Tennessee. They began a band named The Ranch and eventually signed to Capitol Nashville where they released their debut album. The band was short-lived due to Urban's throat problems that forced him to take a vocal break. Without his voice, Urban began to accept requests from artists like Garth Brooks and the Dixie Chicks, playing guitar for them. Keith Urban released his self-titled, debut American album in 1999. This led to booming success and media attention in America with four hit singles including his first No. 1 hit on the charts, "But for the Grace of God." He quickly grew to be a household name. His second studio album sold more than four million copies and reaffirmed that Urban was now a country music superstar. Urban was inducted as a member of the Grand Ole Opry in May 2012 in recognition of his extreme success in country music. His most recent albums Fuse (2013) and Ripcord (2016) earned Urban the No. 1 spot on the Billboard 200 chart while Graffiti U opened strong at No. 2 after its first week of release in 2018.