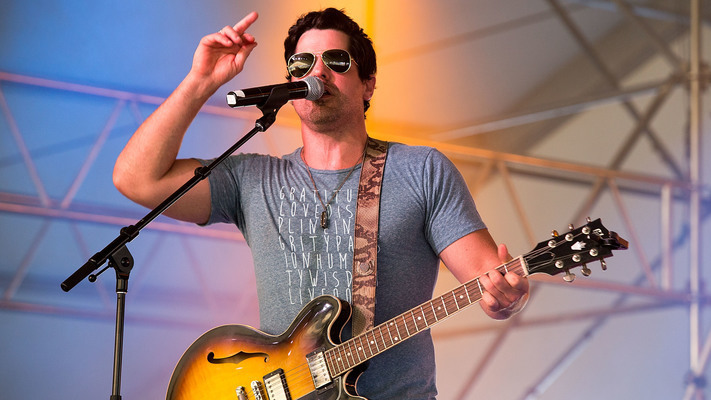 With a family history of musical talent, JT Hodges’ father is a pianist while his mother was signed to MCA Nashville for a brief time in the ‘80s, recording her own version of “The Bed You Made for Me” but ultimately passed up a career as a musician in exchange for motherhood. Spending much of his childhood free time in his father’s studio, Hodges was singing and writing his own lyrics by the age of 7. Penning his first song called “Lover Girl” while in the 1st grade.

In his later years, JT Hodges spent several years in Los Angeles, California before moving to Nashville in 2010. The move to Nashville would prove rewarding as soon after in 2011, JT Hodges signed to Show Dog – Universal Music. Hodges released his debut single “Hunt You Down” in 2011, peaking at No. 39 on the Billboard Top Country Songs chart. 2011 proved to be a big year for Hodges as the singer landed an opening slot on Toby Keith’s Locked and Loaded Tour. Music isn’t the only entertainment medium Hodges has conquered, the star put his acting chops to work in 2013 when he starred in Finding Chrismas, a Hallmark Films release. Picking music back up, Hodges released his Locks on Doors EP on April 22, 2015 followed by the After Midnight EP in 2016. The single “Dance Right Here” by Hodges debuted in 2017, racking up nearly a million streams on Spotify alone. In 2018 JT Hodges has revealed that new music is in the works by posting to his social media with the hashtag #BuffaloSoul.