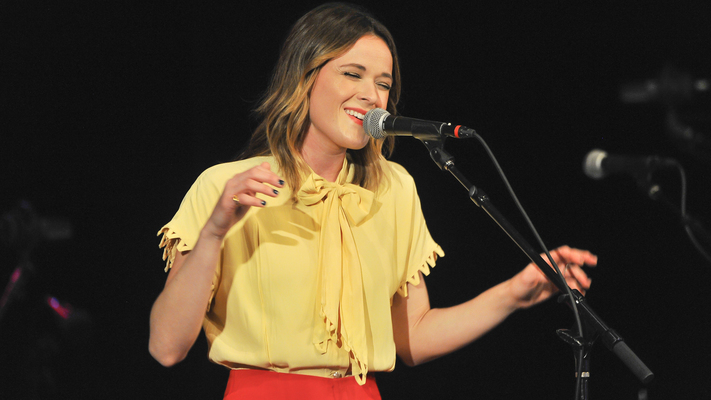 Born and raised in Chester springs, Pennsylvania, Jillian Jacqueline developed her musical talents early on, playing café stages at 7 and joining the cast of Christmas from the Heart, a Yuletide revue starring Kenny Rogers at the age of 9. An ambitious star in the making, Jacqueline toured with Rogers for 5 years, formed a music group with her three sisters by the age of 10 and hit the top 50 on the Billboard charts with Billy Dean and Suzy Bogguss by 13. All of this before she was even old enough to enter high school. Childhood success took a toll and left Jacqueline chasing a more traditional education.

After graduating college in Philadelphia, Jillian Jacqueline packed up and left for Nashville, Tennessee where she signed a publishing deal with Downtown Publishing in 2014. Enter Richard Marx who worked with her on her 5 song EP that garnered Jacqueline critical attention as a singer/songwriter leading her to sign with Big Loud Records during the fall of 2016. Jacqueline collaborated with Vince Gill on her original song “Overdue” while also co-writing his 2016 single “Take Me Down” featuring Little Big Town. Jacqueline released her first collection of songs as a signed artist titled Side A in 2017 and toured with Brett Eldredge on the spring leg of his 2018 The Long Way World Tour.