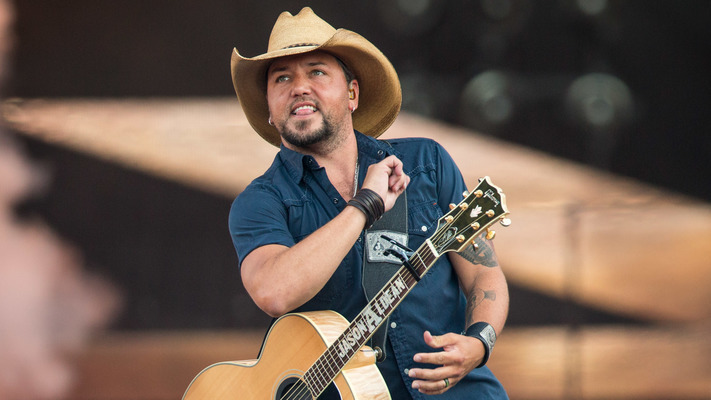 Jason Aldean was born Macon, Florida. When he was three years old, his parents separated. His mother raised him in Macon and during the summer he would stay with his father in Homestead, Florida. When his dad would go to work, he would leave Aldean a map of guitar chord to practice. At the age of 14, Aldean watched the country-music awards and wanted to perform on the stage. He began performing at local fairs and talent contests. Aldean changed his name because at the time there was an artist named Jason Williams performing and he didn't want there to be confusion.

In 1998, record producer Michael Knox approached Aldean at an Atlanta show case and signed him to a songwriting contract with Warner-Chapell Publishing. During this process, Aldean moved to Nashville. When a few recording deals fell through and his songwriting contract was almost finished. He was on the verge of giving up on music when he caught the attention of independent label Broken Bow Records. Aldean released his debut self-titled album Jason Aldean in 2005. The album is currently certified platinum and produced three top ten singles on the Billboard Hot Country Songs. Aldean returned to the studio in 2007 to work on his second studio album, Relentless. When Aldean released his third studio album Wide Open in 2009, its success established Aldean as a major country star. The country album had three number one singles "When She Says Baby," "Night Train," and "Take a Little Ride." Throughout the years, Aldean released more successful albums that earned him Grammy several nominations. The albums include: My Kinda Party, Night Train, Old Boots, New Dirt, and They Don't Know. During the Route 91 Harvest Festival in Las Vegas, Aldean was on-stage performing when a gunman began firing at the crowd. Aldean managed to escape unharmed. Following the tragedy, he appeared on Saturday Night Live and performed a cover of Tom Petty's "I Won't Back Down." In 2018 he released his eighth studio album, Rearview Town.