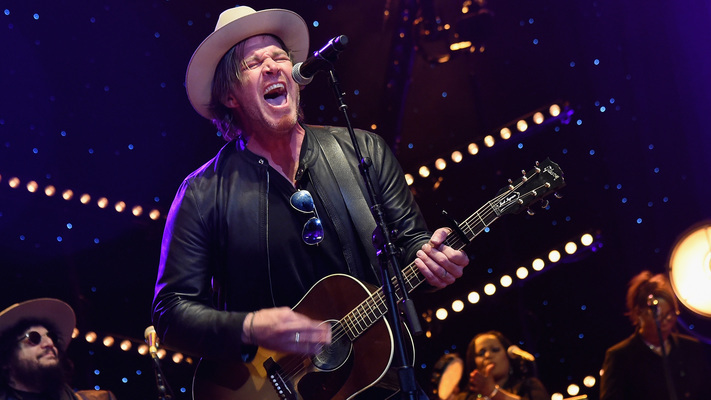 Jack Ingram was born in Houston, Texas on November 5, 1970 and grew up in The Woodlands, Texas where he developed his love for music from an early age.

Jack Ingram’s pursuit of music stardom began in a privately-owned bar near Fort Worth, Texas. During the early 1990’s Jack toured the state of Texas opening for Mark Chesnutt amongst other acts. Ingram’s self-titled debut album came in 1995 through Crystal Clear Records. In 1997 Ingram released his third studio album Livin’ Or Dyin’ which gave him his first charting single with “Flutter” hitting No. 51 on Billboard’s Hot Country Songs chart. It wasn’t until 2005 that Ingram would have his first No. 1 record on the Hot Country Songs chart with the single “Where You Are.” This high was followed by a string of Top 20 singles including a cover of Hinder’s hit song “Lips Of An Angel.” In 2008 Jack Ingram won the Academy of Country Music award for Best New Male Vocalist, at this point he was a seasoned veteran in the industry but he shared with the audience that “big dreams and high hopes” can come true, reaching the commercial success of his peers but on his own terms and with his own integrity. Ingram’s latest studio album, Midnight Motel, was released on August 26, 2016.