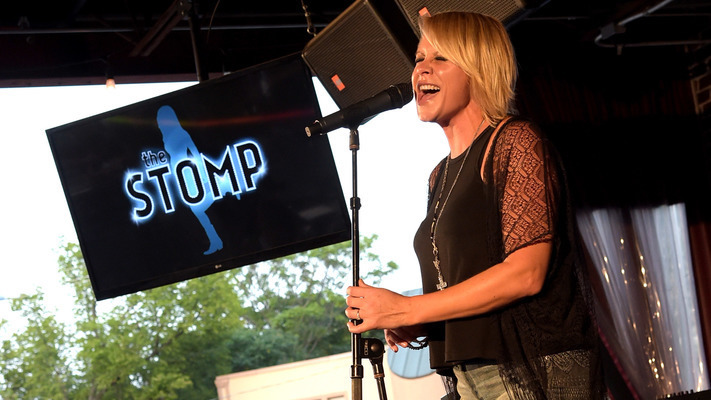 Growing up on a farm in North Dakota, Gwen Sebastian was raised in a home full of music. Both of Sebastian’s parents were musicians who encouraged her to take up music. Her father played guitar and the fiddle, her mother played bass, and her little brother played drums. Gwen took up the piano at a young age and by 11 she was the organist at her little country church. She knew she always wanted to do music but wanted a backup plan and after a semester at a nursing school in Bismarck, North Dakota, her dreams of musical stardom could no longer be resisted. Sebastian made the move to Nashville, Tennessee where she worked as a property manager before learning her way around the music business.

Sebastian’s move to Nashville proved fruitful when she signed a deal with Lofton Creek Records in October of 2009 with her debut single “Hard Rain” released to radio that same month. She would go on to release the V.I.P. Barefoot Girl EP and re-release a Christmas album during her time with Lofton Creek Records. Sebastian has opened for the likes of Taylor Swift, Luke Bryan, Sugarland and most recently, Blake Shelton and Miranda Lambert who Sebastian worked with during her time on the hit reality singing competition, The Voice. Gwen Sebastian’s latest full-length album is Once Upon A Time In The West: Act 1 and was released on November 17, 2017.