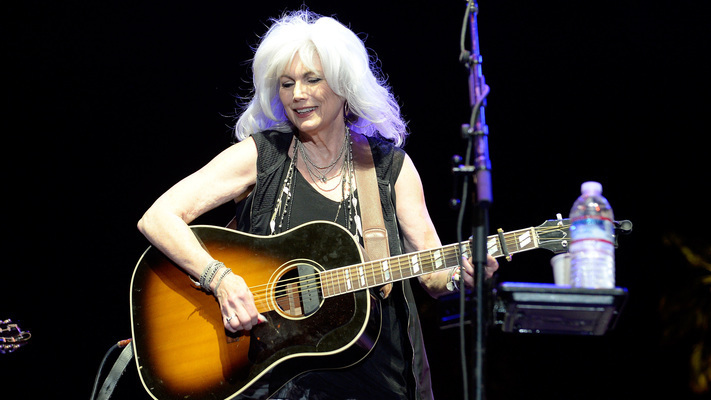 Emmylou Harris was raised in a military family first in Birmingham, Alabama and then in North Carolina, Virginia and Washington D.C in the 1950s and 60s. Harris discovered a love for music and theatre at a young age and went on to the University of North Carolina on a drama scholarship. While at school, Harris discovered that she wanted to pursue a career in music, not drama, so she dropped out of school and moved to New York City. Harris did not have much luck in New York, so she moved to Nashville, where she was also unsuccessful, and then back to Washington D.C. In D.C, Harris began singing harmony with Gram Parsons and became more involved in the music industry. After Parsons passed away, Emmylou created her own band, signed with Warner Bros. Reprise Records, and her career took off.

After signing with Reprise, Emmylou’s career skyrocketed as she released multiple chart-topping albums. Harris’s name was extremely well known and respected in the country music scene during the 1980s, and she established herself as an artist that would continue to release music and stay relevant for multiple decades.  She has won 14 GRAMMY Awards, including the Lifetime Achievement Award in 2018, three Country Music Association Awards and four American Music Association Awards. Harris is a member of the Grand Ole Opry and the Country Music Hall of Fame and is one of the biggest female country artists of the century.