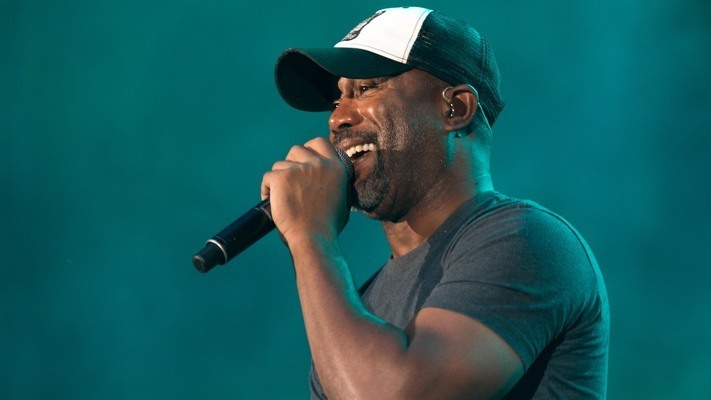 Darius Rucker was born and raised in the town of Charleston, South Carolina where he still resides today with a family of his own. Rucker lived a very humble life, at one point sharing a three-bedroom home with 15 plus family members. Although his jump-start into music was less than humble as he was the frontman of group Hootie & the Blowfish dating back to the band's origin in 1986, and remains the frontman to this day.

Rucker's solo career launched in 2001 and started with a R&B album that was influenced by artists like Lauryn Hill and Notorious B.I.G.. In 2008 his country career took off once he signed to Capitol Nashville. He quickly had his first three singles reach number one. The praise kept going with his second album, Learn to Live, which received platinum certification. He was the first African-American to win the Country Music Association New Artist of the Year award in 2009. Rucker's second and third albums led up to him being inducted as the newest member to the Grand Ole Opry as of 2012. "Wagon Wheel" earned Rucker a Grammy award for Best Country Solo Performance. Since, Rucker has released both a Christmas album, in 2014 and a fifth country album, When Was the Last Time, in 2017.