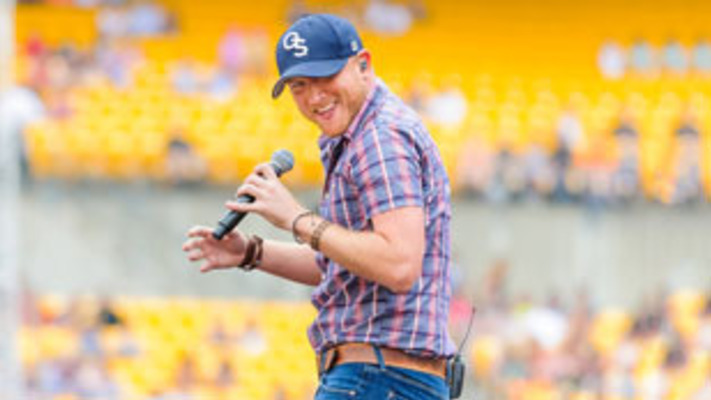 Cole Swindell was born in Glennville, Georgia and raised in Bronwood, Georgia. He attended Georgia Southern University, where he majored in marketing and was a part of Sigma Chi, the same fraternity as country superstar Luke Bryan. The two met when Bryan returned for a show on campus and kept in touch. After graduating, Swindell made the move to Nashville in 2007 where he sold merchandise for Bryan and wrote songs in his free time.

Cole Swindell signed to a publishing deal with Sony/ATV Music publishing in 2010. Responsible for hits such as Luke Bryan’s “Just a Sip,” Florida Georgia Line’s “This Is How We Roll” and Thomas Rhett’s “Get Me Some of That,” it was a surefire sign that Swindell was destined to become his own superstar. In 2013, Swindell released his debut single “Chillin’ It” independently. The single was played by radio channel ‘The Highway’ on SiriusXM. Shortly after,  Swindell signed a record deal with Warner Music Nashville and released his self-titled debut album in 2014. The album debuted at number two on the Billboard 200 chart and is certified Gold. Linking back up with Luke Bryan, Swindell joined him on his 2014 That’s My Kind of Night Tour. With all the momentum from his first album, Cole Swindell readied his follow-up album, dropping the album title track from You Should Be Here as the lead single in December of 2015. “You Should Be Here” hit No. 1 on both the Country Airplay and Country Hot Songs charts in April of 2016. The full-length album dropped on May 6, 2015 and opened at No. 2 on Billboard’s Top Country Albums chart and No.6 on the Billboard 200 chart respectively.