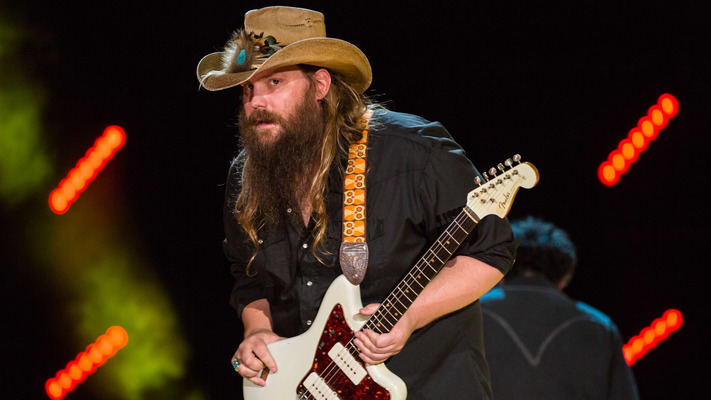 3 Sons, 1 Daughter (The Stapletons have chosen to not reveal their children's names publicly)

Chris Stapleton grew up in the small town of Staffordsville, Kentucky. With big dreams and aspirations, Stapleton packed up and moved to Nashville, Tennessee in 2001 in hopes of making it big in the music world. Stapleton became a songwriter for the publishing house, Sea Gayle Music, this is where Stapleton would also meet his future wife Morgane. Stapleton worked behind the scenes in music for many years, a path that would eventually lead to writing records for megastars such as George Strait, Kenny Chesney, Luke Bryan, Thomas Rhett, Darius Rucker, Dierks Bentley, Tim McGraw, and even Adele.

From 2007 to 2010, Stapleton was the front man of bluegrass group, The Steeldrivers, who would go on to release two hit records together. Shortly after leaving The Steeldrivers, Stapleton founded another group called The Jompson Brothers. The Jompson Brothers toured regionally through 2013, even opening for the Zac Brown Band at one point. Stapleton finally went solo in 2013 when signed to Mercury Nashville, a division of Universal Music Group Nashville. Stapleton released his first solo album, Traveller, on May 5, 2015 to high praise from critics and fans alike. The 2015 CMA Awards proved to further propel Stapleton into superstardom when he took home three awards including Album of the Year and New Artist of the Year. To top it off he was joined by pop singer Justin Timberlake for performances of "Tennessee Whiskey" and Timberlake's original "Drink You Away," the live duet was quickly regarded as a "career defining moment" for Stapleton by many music publications. Traveller would go on to become the top selling country album of 2016. Stapleton followed up his incredibly successful solo debut with his sophomore release, From A Room: Volume 1 on May 5, 2017 to universal acclaim. A few months later Stapleton released his third solo album, From A Room: Volume 2, on December 1, 2017. Both albums debuted at number two on the Billboard 200 charts.