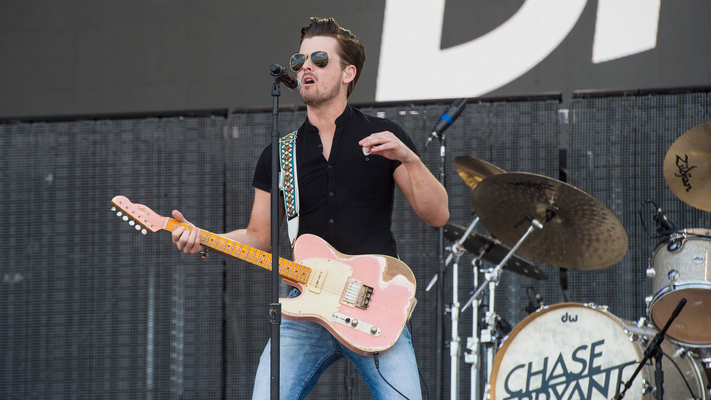 Growing up in a musical family, young Chase Bryant always knew he wanted to pursue a career in music. Bryant’s grandfather as well as both of his uncles were musicians so he decided he wanted to learn guitar at a young age. Growing up in a small town in Texas, there were not many opportunities or resources. Bryant, being left handed, didn’t have the resources to get a left handed guitar so he taught himself to play a right-handed guitar upside down and then after school, decided to move to Los Angeles to see if he could truly pursue his dreams of becoming a professional musician.

In Los Angeles Bryant played individual shows and released new music until finally catching the attention of Red Bow Records, a division of Broken Bow Records. With his heart set on Nashville, Bryant released his first single in 2014 "Take It On Back." "Take It On Back" and his next single "Little Bit Of You" hit the Billboard charts and he then began opening on tour for Brantley Gilbert in early 2015. After opening for Gilbert, Bryant opened for Tim McGraw on McGraw’s Shotgun Rider Tour and is looking to release new music soon.