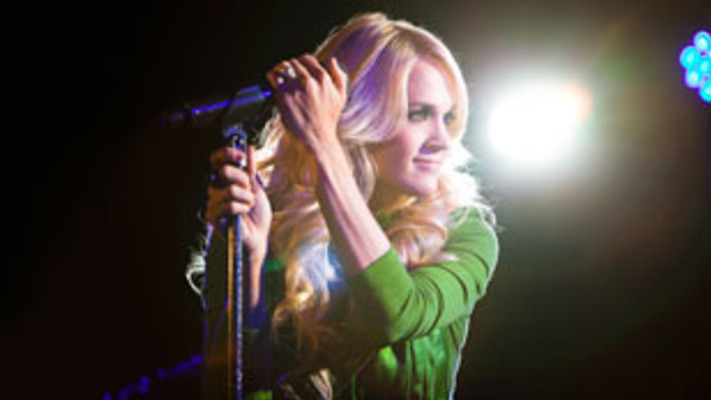 Carrie Underwood grew up in Checotah, Oklahoma and started singing in church when she was three. Throughout her childhood, she’d sing at festivals and also learned to play guitar and piano. When Underwood went to Northeastern State College she studied broadcast journalism while singing on the side. In 2004 she auditioned for American Idol in St. Louis, Missouri and ultimately won the show’s fourth season.

After Idol, Underwood’s career skyrocketed. Her first album, Some Hearts, went seven times platinum, led by the album’s lead single, “Jesus Take the Wheel.” In 2016 “Before He Cheats” was released as her third single as well as her third country number one and her further total number one hit. That year she went on to win five Billboard Music Awards.

In 2007 Underwood worked and released her sophomore album, Carnival Ride which led to four singles rising the country charts and winning Underwood two GRAMMY awards. Simultaneously in 2007 “Before He Cheats” continued winning accolades including CMT Awards, GRAMMYs and ACM Awards.

Underwood developed her songwriting skills further on her 2009 third release, Play On, where she co-wrote seven tracks including the lead single “Cowboy Casanova.” Her fourth album, Blown Away was led by the single “Good Girl.”

On December 5, 2013 Underwood demonstrated her acting abilities by starring as Maria in the live television version of The Sound of Music on NBC. This took her into 2014 where she released the single “Something in the Water” in September (earning her another GRAMMY) and a greatest hits album at the end of the year. In 2015 Underwood released her fifth studio album, Storyteller, with hits “Smoke Break,” Heartbeat,” “Church Bells” and “Dirty Laundry.”

In 2018 Underwood has started a new path. She duetted with Ludacris on “The Champion,” making its debut with the 2018 Super Bowl. On April 11, 2018 she released the single “Cry Pretty” and then debuted it on the 53rd Academy of Country Music Awards. Cry Pretty is also the name of her upcoming sixth studio album.