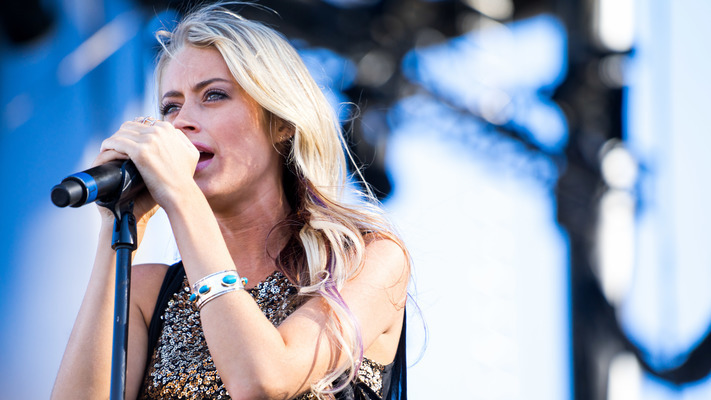 Born Brooke Eden Helvie, on December 30, 1988 in West Palm Beach, Florida, Eden knew by the time she turned 5 that all she wanted to do was sing. While she came from modest means, Eden’s father instilled in her the importance of hard work and going after your dreams. Growing up, Eden’s father worked as a carpenter by day and moonlighted as a drummer for a local band at night. She would sit in on her father’s performances and rehearsals, soaking in his passion and love for the music.

By the time she was 12, Eden was playing at local festivals and opening for artists such as Alan Jackson and Brooks & Dunn. In 2008, Eden auditioned for season 7 of American Idol and made it through to the Hollywood week, but was eliminated from the competition before the live rounds. The budding star didn't let that deter her, however, and went on to attend University of Florida before moving to Nashville to continue pursuing her musical career.

After graduating from the University of Florida, Eden moved to Nashville and in 2013, she signed a publishing deal with BMI. In March 2014, Eden independently released a five-song self-titled EP, which included the single, "American Dreamin'." Soon after, Eden was signed to the independent record label Red Bow Records in 2015 and her single "Daddy's Money," released that December, reaching No. 50 on the Billboard Country Airplay chart. She released her second EP, Welcome to the Weekend, and its lead single, "Diamonds", in September 2016, followed by "Act Like You Don't" in 2017.