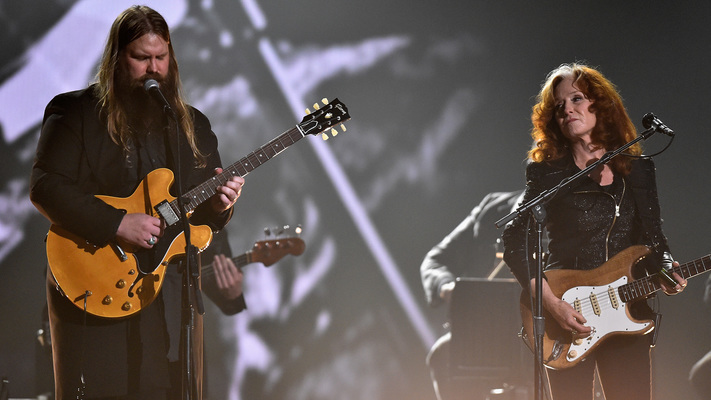 Rock and Roll Hall of Fame

Bonnie Raitt, daughter of Broadway musical performer John Raitt, was born in Burbank, California and grew up spending time in Los Angeles and New York City. Raitt went off to Radcliffe College to study African studies and social relations to pursue a career in political activism and humanitarian work. During her second year in college, Raitt took some time off to pursue music in Philadelphia. This time off changed everything and Raitt’s passion for music transformed from a side hobby into a lifetime career.

Raitt’s career has been nothing short of incredible. In the beginning of her career, she was critically acclaimed, especially for her first self-titled album in 1971, but did not find much commercial success until 1977 when she released Sweet Forgiveness. This album put her on the map and allowed her opportunities to play at large benefits and tour around, but she did not truly gain commercial success until signing with Capitol Records in 1989. Under Capitol Records, Raitt released her hit song "Nick of Time" which won her three GRAMMY Awards in 1990. Raitt has won a total of 11 GRAMMY Awards, has been nominated for 16 more, is a member of the Rock and Roll Hall of Fame and in 2012 was awarded the Lifetime Achievement Award for Performance at the American Music Honors and Awards.  Today, Raitt continues to release new music and is regarded as a legendary country and rock guitarist and vocalist.